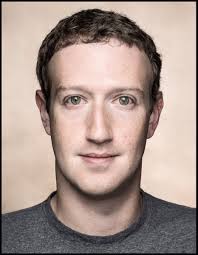 Ahead of the November United States election, Facebook owner, Mark Zuckerberg on Friday said the social network will launch a drive this weekend to recruit much-needed workers to staff US polling places election.

“We are seeing a massive shortage of poll workers to staff voting stations,” Zuckerberg said in a post on his Facebook page.

“Shortages can lead to hours-long waits at the polls, which makes it harder for people to participate in the democratic process.”

A message displayed atop the Facebook news feed will invite people in the US of voting age to sign up with local election officials to staff polling places in November, according to Zuckerberg.

A voting information center at the social network already includes how to sign up to work polling stations, and Facebook is providing free ads to state election authorities for recruiting help.

California has started running such ads and more states plan to start, according to Zuckerberg.

The Facebook co-founder and his wife have donated $300 million for election officials to use for gear or equipment to protect against the spread of the coronavirus.

Facebook is also offering workers paid time off in the US to volunteer to staff polling stations, Zuckerberg noted.

“With Covid affecting our communities, this election will be unlike any other we’ve seen,” Zuckerberg said.

“We are doing everything we can to help as many people as possible register and make their voice heard at the ballot box.”

The US is the middle of a tense campaign season against the backdrop of the coronavirus pandemic and mass protests for racial justice that have led to violent conflict in some cities between civil rights groups and armed right-wing vigilantes.

Voters are expected to shift to mail-in voting in unprecedented numbers to reduce risk of exposure to the coronavirus.