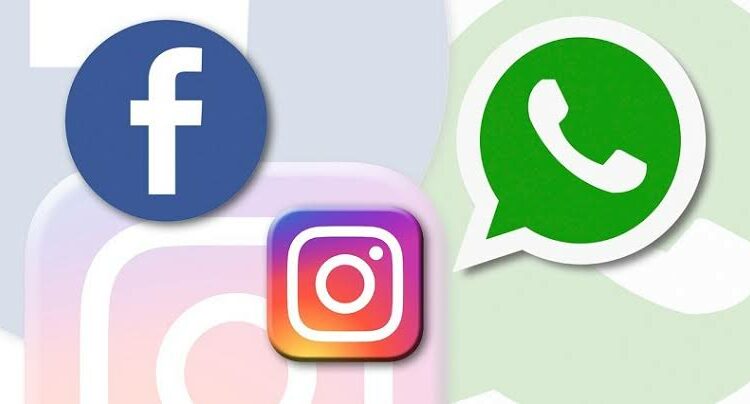 All three services are owned by Facebook and could not be accessed over the web or on smartphone apps.

Downdetector, which tracks outages, said it was the largest failure it had ever seen, with 10.6 million problem reports around the world.

The services went down at about 16:00 GMT with users beginning to gain access to the sites at around 22:00.

In a statement on Tuesday, Facebook said that the faulty configuration change affected the company’s internal tools and systems which complicated attempts to resolve the problem.

It added that there was “no evidence that user data was compromised as a result of this downtime”.

Earlier, Facebook founder Mark Zuckerberg apologised to those affected by the outage. 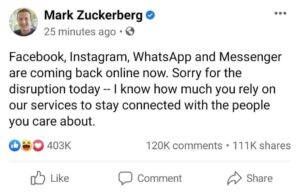 Bloomberg reports that Silicon Valley techpreneur Mark Zuckerberg’s personal wealth has fallen by nearly $7 billion in a few hours, knocking him down a notch on the list of the world’s richest people, after a whistleblower came forward and outages took Facebook Inc.’s flagship products offline.

According to Bloomberg, a selloff sent the social-media giant’s stock plummeting around 5% on Monday, adding to a drop of about 15% since mid-September.

The stock slide on Monday sent Zuckerberg’s worth down to $120.9 billion, dropping him below Bill Gates to No. 5 on the Bloomberg Billionaires Index. He’s lost about $19 billion of wealth since September 13, when he was worth nearly $140 billion, according to the index.

On September 13, the Wall Street Journal began publishing a series of stories based on a cache of internal documents, revealing that Facebook knew about a wide range of problems with its products – such as Instagram’s harm to teenage girls’ mental health and misinformation about the Jan. 6 Capitol riots – while downplaying the issues in public.

The platforms were back online after some hours.