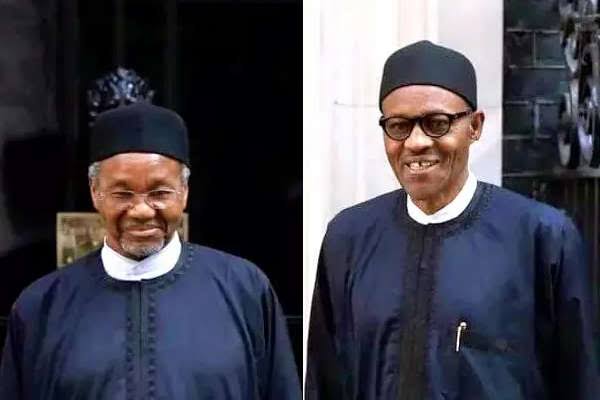 Major socio-cultural groups in the country including Ohanaeze Ndigbo, Afenifere and other advocates of rotational presidency on Wednesday condemned in strong words media reports credited to President Muhammadu Buhari’s nephew, Mamman Daura to the effect that competence should be placed above zoning arrangement in the 2023 Presidential election.

Daura had in an interview with the BBC Hausa Service said the most qualified person from any part of the country should succeed his uncle.

But, in a swift reaction, the apex Igbo socio-cultural organisation, Ohanaeze Ndigbo and their Yoruba counterpart, Afenifere rejected Daura’s position saying the country must continue with the common understanding of power rotation between the North and the South.

Other rotational presidency advocates including Chief Supo Shonibare, a chieftain of Afenifere and the Chairman of Niger Delta Right Advocate, Darlington Nwauju equally kicked against jettisoning zoning arrangement without restructuring, insisting that such could breed anarchy in the country.

However, the Arewa Consultatives Forum (ACF), said the issue of rotational presidency is not a constitutional matter but only adopted by political parties for their own convenience.

The President-General of Ohanaeze Ndigbo, Chief Jpohn Nnia Nwodo in his reaction described as unfortunate, comments credited to Daura that competence instead of ‘turn by turn’ should be considered in the choice of the next Nigerian president.

Nwodo who spoke through through his Special Adviser on Media and Publicity, Emeka Attamah, condemned Daura’s comments, noting that it was unfair of him to seek an end to “rotation” after Buhari and the northern region had enjoyed two terms in quick succession.

“The truth is that Mamman Daura is not being a fair judge. Then, he didn’t believe rotation should end. Now that he has tasted power through Buhari, rotation can end and the most qualified/competent can be voted in, dis-countenancing that the South East has never tasted what he is drooling in?”

Nwodo reminded Daura that the law of equity demands that what is good for the goose is good for the gander, adding “by the way, who determines the most qualified/competent candidate? Is it as competent as the last one they gave the nation? It is indisputably the turn of the South, specifically the South East,” he added.

On their part, the Afenifere rejected Daura’s position saying the country must continue with the common understanding of power rotation between the North and the South.

The spokesman of the group, Joe Odumakin said the South was not unmindful of the fact that the North would want to have a shot again in the presidency after Buhari.

According to him, the South envisages many candidates to indicate interest in the presidency in 2023 but the country must stand firm and respect the zoning agreement.

“They (Northern candidates) would come out definitely but it is now left for the country to say whether they want to accept the move or they should insist on the common understanding that power should rotate between north and south.

“I heard him (Mamman Daura) talking about competence or whatever. In 2023, he would understand if there is anything called competence. We are watching how things unfold,” he said. Odumakin said he expected the South to forge a common front when the time comes to ensure that the presidency returned to the region in 2023.

Yawe further said if political parties on their own decided to jettison rotational presidency, they have the right to do so. Also, a Kano based political analyst, Dr Abbati Bako, said the rotational presidency in democratic practice was an out dated system. “Democracy is a game of the majority and minority’s voice should be listened to for the fact that minority’s voice is one of the 57 key elements of democratic system.

“In both advanced and less advanced democracies, the issue of rotational presidency is contrary to the norms and rules of democratic principles; hence the issue of electing someone based on regional, religious or ethnic sentiments is not democracy. We can call that ‘democrazy,’”

“What Mamman Daura said is not against the constitution of the country. However, because of our peculiarity, rotation helps to calm nerves, especially the nerves of those that have been marginalised.

“Politicians capitalise on many things to drive sentiments to their advantage in Nigeria. There is the issue of religion, tribe and region. So, in order to have a balance, it would be proper if different groups are given opportunity to lead the country. This is because in every religion, tribe or region, there must be somebody who is competent to lead Nigeria.