Tinubu has never been a genuine leader as he claims, not even in the South-West. For instance, he deliberately impoverished Lagos State and made sure millions of children were out of school to enable him use them as political thugs during elections. 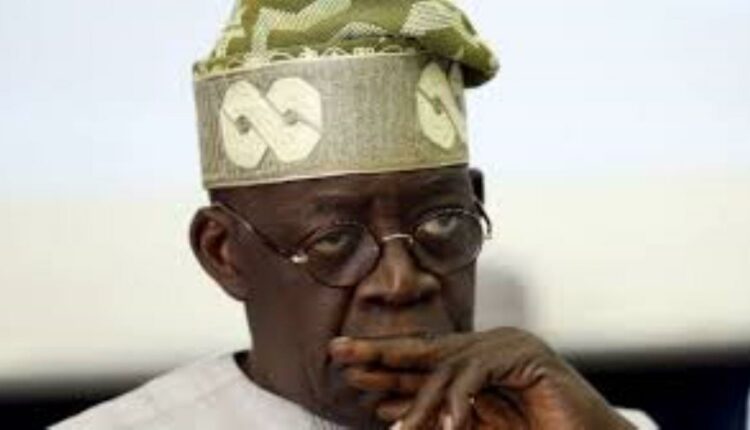 Nigeria is a country led by mediocres whose individual interests supersede the public’s, which is why the country has been crowned as the World Capital of Poverty.

With the economic and security situation in the country, it is unfortunate that those who are victims of poverty, insecurity, intimidation and harassment are still clamouring for someone who contributed massively to the failure of the country.

Bola Ahmed Tinubu claims to be a committed democrat, yet he has never fought for or defended democratic values. He ruled Lagos State with a heavy hand for eight years and has no credible achievement to show for it.

Bola Ahmed Tinubu is a corrupt capitalist who can never be a good leader. His antecedents have proven that although he is very desperate to become Nigeria’s president, he will only compound the present situation and turn Nigeria into economic desert.

A senior sociopath who has never stood for any good cause than to oppress and repress innocent citizens with Lagos agbero’s unionists.

Recall that when the murderous bloodthirsty Fulani herdsmen killed Pa Fasoranti’s daughter in Ondo State, it is on record that Tinubu stood behind the Fulani terrorists to justify the killing as daily occurrence that happens everywhere, every day.

Tinubu who pretends to be a student of Obafemi Awolowo’s ideology, has never contributed anything in comparison with what Awolowo did to the then Western Region of Nigeria.

Obviously, Tinubu is a dangerous politician who is desperate to rule a country that has been milked dry by a cruel dictator he helped to power. It will be a total disaster to make Tinubu Nigeria’s president in 2023 or any other time in Nigeria’s history.

The self-styled democrat who has never called for the review of the 1999 fraudulent document called ‘Nigerian Constitution’ is not an acceptable candidate in the 2023 election or any other one for that matter.

After having wrecked Lagos’ treasury, he now tours Europe and America to seek medical treatment after refusing to build any reasonable hospital in Lagos during the eight years he spent in power. Eight disastrous years!

Perhaps, no one amongst his blind supporters can justify the absence of well-equipped hospitals in Lagos in comparison with the world-class hospitals in London where he enjoys his medical tourism.

If this desperate politician had built world-class hospitals in Lagos, he wouldn’t have to leave Nigeria to another country to get himself treated. Expectedly, he only left behind deathtraps as a legacy for the eight years he spent in office.

Tinubu has never been a genuine leader as he claims, not even in the South-West. For instance, he deliberately impoverished Lagos State and made sure millions of children were out of school to enable him use them as political thugs during elections.

The Agberos system of government in Lagos State will be the type of government Tinubu will operate if given the opportunity to lead the country. It will be a system where hoodlums will be empowered with arms to mob opposition members and critics as they always do during and even after elections.

The last council election in Lagos State showed how cruel and desperate Tinubu is. Nigerians must take note!

Let Nigerians ask Tinubu how many “agberos” he has empowered with free education. How many “agberos” has he empowered to be self-employed? How many medical centres has he built for the poor masses who cannot afford to pay their medical bills in London or even in Nigeria?

How many vocational centres has he built in the South-West for capacity building?

Tinubu who doesn’t believe in one Nigeria wants to rule the country at all costs, a man whose character is questionable in the US over fraudulent activities, is now desperate to become Nigeria’s president.

Nigeria is a failed state because the oppressed people see the likes of Tinubu as a saviour who can take us to the Promised Land.

Meanwhile, this desperate politician seriously contributed to our present predicament and is now seeking direct access to the Nigerian treasury. This should never be allowed!

It is time to settle our differences as oppressed people, our unity is the only weapon that can kick these vagabonds out of power.

A people united can never be defeated!

Akeredolu: No Apologies For Ban On Open Grazing (video)