Nnamdi Kanu was arraigned in court in July by the Department of State Security Services, DSS after bringing him back to the country from Kenya. He was remanded in the custody of the secret police. His case will be coming up in court again in November. 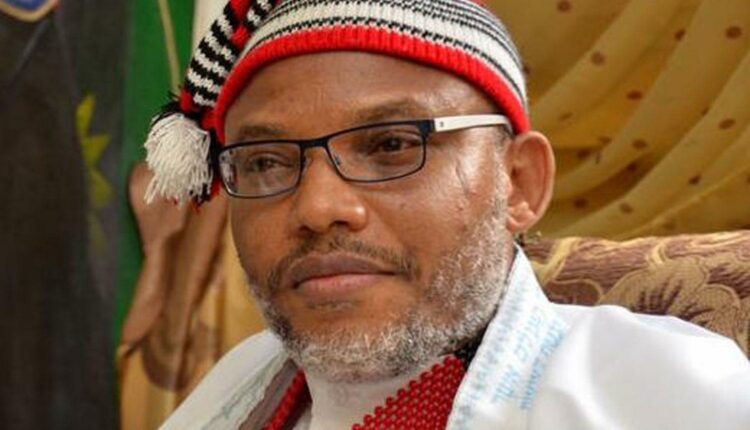 The United Nations has demanded an explanation on the alleged abduction, torture and detention of the leader of the Indigenous People of Biafra, Nnamdi Kanu, from the Kenyan and Nigerian Governments.

Anambra City Report gathered that the UN received information on allegations of enforced disappearance, arbitrary detention, torture, and ill-treatment of Kanu by Kenyan Security Officials, as well as his illegal rendition to Nigeria to face trial for terrorism-related charges.

Nnamdi Kanu was arraigned in court in July by the Department of State Security Services, DSS after bringing him back to the country from Kenya. He was remanded in the custody of the secret police. His case will be coming up in court again in November.

The embattled pro-secessionist is facing several charges ranging from Terrorism to Treasonable Felony. The latter carries the death penalty.

A statement by the UN read: “While we do not prejudge the accuracy of these allegations, we would like to express our concern in relation to the enforced disappearance of Nnamdi Kanu from June 19, 2021, until his reappearance at Nigerian Federal High Court in Abuja on June 29, 2021, and his reported illegal rendition from Nairobi to Abuja without judicial process.”, a statement from the UN read.

The UN also pointed out that the  alleged torture and ill-treatment of Kanu as alarming, saying these constitute a violation of fundamental human rights.

“We are further alarmed by the alleged torture and ill-treatment Mr Kanu has been subjected to during his detention by the DSS in Nigeria. If confirmed, these allegations would constitute prima facie violations of fundamental human rights, including the right not to be arbitrarily deprived of liberty and the absolute and non-derogable prohibition of torture and other ill-treatment under the International Covenant on Political and Civil Rights.”

“The Committee against Torture and the UN Human Rights Committee has repeatedly concluded that enforced disappearances may amount to torture and other forms of ill-treatment both with regard to the disappeared and with regard to their family members, due to the anguish and uncertainty concerning the date and whereabouts of loved ones.”

“As it is our responsibility under the mandates provided to us by the Human Rights Council to seek to clarify all cases brought to our attention, we would be grateful for your observations on the following matters: any additional information and any comment you may have on the above-mentioned allegations.”

“Please provide detailed information on the current state of health of Mr Kanu and the measures undertaken, or foreseen, to prevent any irreparable damage to his life and personal integrity and to ensure that he has access to the medications and medical treatment required by his health conditions.”

“Please provide detailed information on the circumstances in which Mr Kanu was arrested, forcibly disappeared before being handed over to Nigerian authorities and transferred from Nairobi to Abuja. Also provide any international arrest warrant that may have been issued against him, prior to his arrest.”