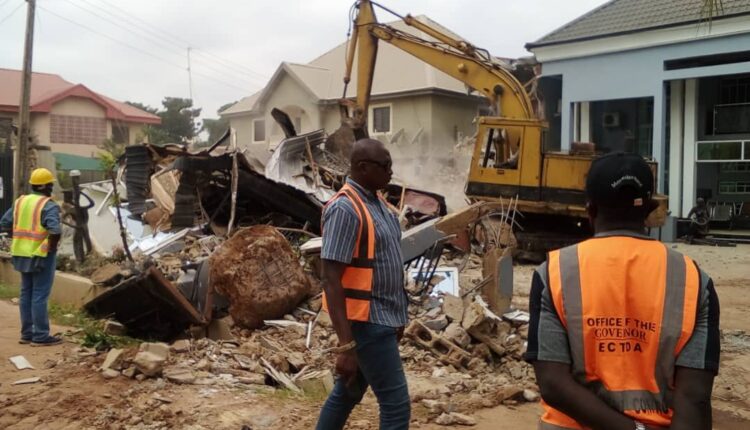 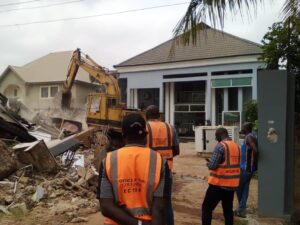 The Chairman of ECTDA, Mr Josef Onoh, who supervised the demolition, said that the building stood on waterway.
The Notice of Violation served on the victim by the Department of Building Inspection, ECTDA also stated that the building violated building standard.
Meanwhile, the owner of the property, Emejulu differed from the position of the state government.
He said that the twin duplex which he built in 2012 had a duly approved plan and did not stand on waterway.
He described the demolition of the property as a duly planned reprisal by the state government due to his move to recover his landed property illegally sold by some government officials. 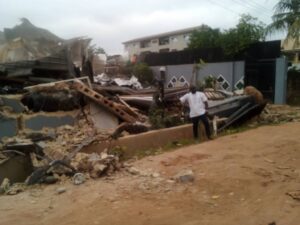