Sanusi: Zoning May Leave Us With Useless Presidential Candidates In 2023

Alhaji Muhammadu Sanusi, the former Emir of Kano, has said zoning may leave Nigeria with two “useless presidential candidates” in 2023. 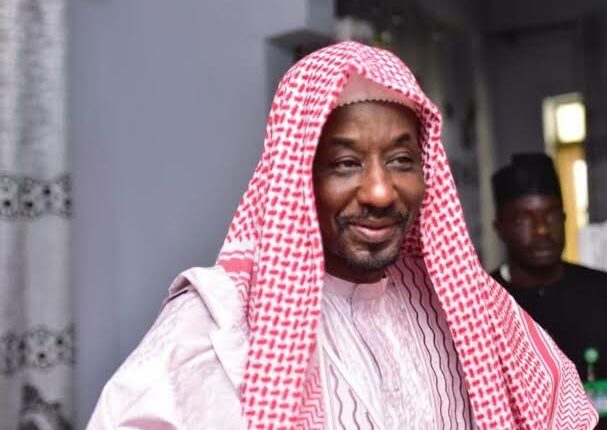 Former Emir of Kano and one-time Managing Director of First Bank, Muhammadu Sanusi II, has lamented that the nation’s economy has not been diversified, over 60 years after the discovery of oil in Nigeria.

Alhaji Muhammadu Sanusi, the former Emir of Kano, has said zoning may leave Nigeria with two “useless presidential candidates” in 2023.

Currently, the issue of zoning has heated the polity as the governors are divided along the north and south.

While Southern governors have demanded that their region should produce the next president, their northern counterparts have said a rotational presidency is unconstitutional.

But speaking on an Arise Television programme, Sanusi said he has always been opposed to the idea of a rotational presidency.

He said what Nigeria needs at the moment is a president who can deliver.

“This whole thing is to corner the presidency to one part of the country and the big masquerade will come out. And that is why at the end of the exercise, you end up as Nigeria… presented with two useless candidates. Those who want to be president should show their face either from the north or the south.

“Meanwhile, we have before us very serious issues. You have a simple issue of electronic transmission of results which is designed to make the electoral process fairer and you have people saying that they do not want it, shamelessly announcing to the country that they want to rig. Why are we not talking about these issues?

“The greatest weakness we have as a country is that we do not think. We are very smart when it comes to making money by doing our work but we do not apply critical intellect to and these guys just take the entire country for a ride.

“Give me a president from any part of the country who can deliver and we should vote for him. He is not taking the presidency to his hometown.”

Sanusi, however, noted that although he’s an advocate of less money at the centre, the governors slamming the federal government are also guilty of not distributing funds to the local government.

He said, “I don’t want to talk about this matter because it’s in court but what we need is to learn how to distribute our resources properly.

“I’m a strong advocate of less money at the centre because this puts too much concentration on money from Abuja but the bulk of this Tax problem comes from not implementing what we have.

“These governors fighting for VAT are extremely undemocratic they hold on to money meant for the local government yet keeps complaining.

“The state governors complain what federal government do to them but don’t care about what they do to the local government, thereby ignoring the constitution.

“Let’s make what we have work and we’ll see this constitution is not that bad.”