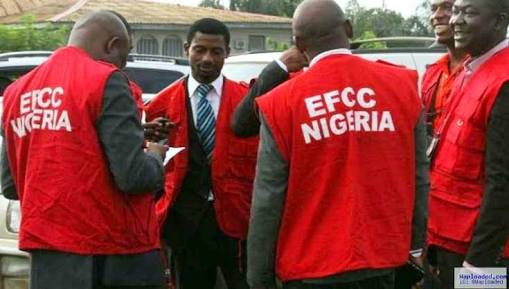 In what is seen as a move to weaken the Office of the Chairman of the anti-graft agency, the federal government has begun moves to amend the Economic and Financial Crimes Commission (EFCC) Act.

Checks revealed that Attorney General of Federation, Abubakar Malami (SAN), is presently fine-tuning a bill on the amendment of the Act on behalf of the Federal Government for onward transmission to the National Assembly.

A new position to be known as the Director-General of the EFCC is said to have been created in the proposed amendment.

The proposed law was initiated barely weeks after the suspended acting Chairman of the EFCC, Mr Ibrahim Magu, accused Malami of frustrating the anti-corruption war of the President, Major General Muhammadu Buhari (retd).

According to the proposed law, the director-general will be appointed by the President based on the recommendation of the AGF and subject to confirmation by the Senate.

The director-general, and not the chairman, will be in charge of the running of the daily affairs of the commission.

Section 8 of the bill reads in part, “There shall be for the commission, a director-general who shall be appointed by the President on the recommendation of the Attorney General subject to the confirmation by the Senate.

“Subject to the provisions of subsection (3) of this section, the Director-General shall be a retired or serving member of any government institution, including any security or law enforcement agency not below the rank of a director or its equivalent or a person from the private sector.

“A person shall not be appointed as a director-general unless he is of proven integrity and has 15 years cognate experience in security, forensic or financial crimes investigation; forensic accounting or auditing; or law practice or enforcement relating to economic and financial crimes or anti-corruption.”

The director-general, according to the proposed law, shall hold office for a period of four years subject to reappointment by the President for a further term of four years and no more.

Other members of the board shall include the director-general, a representative of the Federal Ministry of Justice, a representative of the Central Bank of Nigeria, the Director of Nigerian Financial Intelligence Unit, two other Nigerians with 15 years cognate experience in legal, finance, banking or forensic auditing and the Director of Administration who shall be the secretary of the board.

The proposed law states that the chairman and members of the management board shall be appointed by the President, on the recommendation of the Attorney General subject to confirmation by the Senate; and for a period of four years in the first instance, renewable for another period of four years and no more.

It was also gathered that the Secretary of the EFCC, which is a creation of Section 8 of the existing EFCC Act is not mentioned in the new bill, indicating that the position has been scrapped.

The proposed law not only restates the power of the AGF to discontinue the prosecution of criminal cases as guaranteed in Section 174 of the 1999 Constitution, it empowers the AGF to cancel the prosecutorial power of the EFCC when he sees fit. Section 45 of the new bill states that the AGF may, after notifying the EFCC, intervene in court proceedings, at first instance or on appeal,  where, in the opinion of the AGF, public interest, the interest of justice and the need to prevent abuse of legal process so demand.

It further reads, “On receipt of the notice under subsection (2) of this section, the commission shall hand over to the Attorney-General the prosecution file and all documents relating to the prosecution and provide him with such other information as he may require on the matter within the time specified by him.

“The commission shall furnish returns of all cases handled by it annually and in such manner and at such intervals as the Attorney-General shall direct.

“Where the commission fails to comply with the provisions of this section, the Attorney General may, subject to prevailing circumstances, revoke the power to prosecute from the commission.”

The Spokesman for the AGF, Dr. Umar Gwandu, said his principal was not involved in the tinkering of the EFCC Act.

He said there were Non-Governmental Organisations that were spreading lies about the AGF.

Gwandu said, “The Attorney General of the Federation was not in anyway responsible for the tinkering of any section of the EFCC Act for any reason whatsoever.

“Nigerians are not unaware of the existence of NGOs that are notorious for mischief and can stoop too low to fabricate and concoct figment of imagination capable of spreading lies for attaining certain goals.”