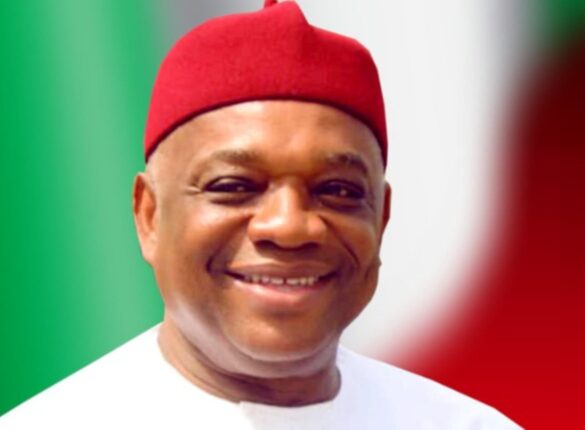 NAN reports that Justice Inyang Ekwo gave the order while delivering judgment in an application filed by the former Governor seeking an order of the court prohibiting the EFCC from retrying him on a charge for which he had already been tried and convicted.

“An order is hereby made prohibiting the Federal Government through the EFCC from retrying the applicant (Kalu) on charge no. FHC/ABJ/CR/56/2007 since there was no order in the judgment of the Supreme Court for the retrial of Kalu,” the judge said.

Recall that the former governor who is now a Senator representing Abia North Senatorial district in the Senate is seeking to stop his retrial in the N7.1B money laundering charges on the ground that he had been tried, convicted and imprisoned on the strength of the same charges.

Professor Awa Kalu SAN, counsel to the former governor while adopting his processes had informed the court that senator Kalu stood for trial for 12 years and got judgment that convicted and jailed him for 10 years.