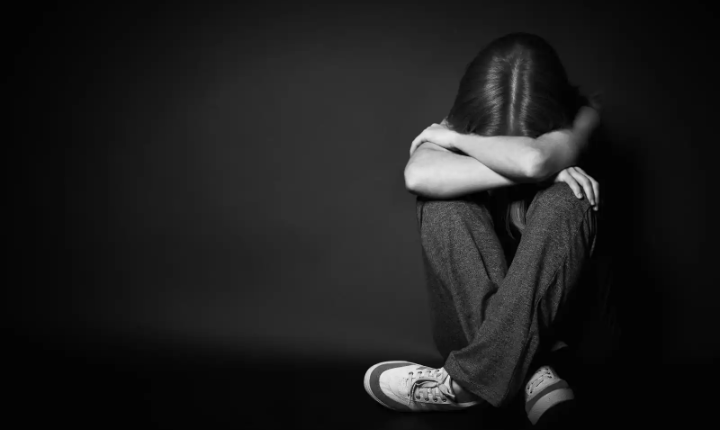 Depression is a common mental illness in Nigeria with the rate of 3.9% and about 7 million Nigerians currently suffer from depression

Depression is not just self inflicted, it is mostly afflicted by the society, by friends, by family members, as a result of disregarding, discarding, snubbing and avoiding people due to stigmatization, social class or facial looks

When people feel that they are not getting enough attention, they start loosing confidence, they will loose that sense of belongingness and begin to feel worthless, they start separating from people and choose keeping to themselves for fear of insults and rejection

Now a loner, only seeing the world through the glass, feeling rejected, hated, avoided, by friends and very own family, what hell is worse than that?

Some who gets frustrated by this misery of a life gets into drug abuse, some choose suicide

Life is a great pressure already for man to face. The pressure life brings is more than enough for man why add yours to his?

Lets take this as a case study;
A female student who found her self in such condition, sworn never to give in to suicide, to find her way to belongingness she had to do what every other person does, as she thought, every one does it

She start giving in to everything she ever resisted. Sometimes she’d sought to think twice but life keep mounting pressure, she had always wanted to lead a good life but now she have to succumb. This is 21st century, her friends will always tell her, it’s just for fun, you catch the fun and u drop when u want to

She joined friends in clubbing, she had never danced with a guy but she pretends to be the queen of the dance floor. She wanted to make a great impression and she succeeded. She got offered a night stand and she wouldn’t resist, big girls doesn’t. She named her price. “Was she turning into a …? No she wouldn’t get deep into it”, she thought

Now the deed is done and some cash also made. Her friends praised her and gave her some remarks. She looks fresh now and even prettier, now everyone had seen she got curves because she now wear dresses that shows off her body

The guys keep flocking around her and green lights keep coming, the very thing she ever wanted “attention” to be valued, to be called important, to be someone’s priority. She got that, but through the wrong means

She got swallowed in it, the attentions ate her up, she got all she want so she can’t drop, she have to continue. At first its just for fun and she drops after that, now its an addiction and she cannot stop. You can imagine where such life will lead her to

You can make up your own ending of the story if you’re in such shoes. Its your decision to either make it a good ending by changing your life, or bad if you choose to continue because nothing good can ever come from evil. You either destroy that life or that life destroys you

Solving depression is not just based on counseling the patient alone, the society also needs to be counselled. The way you are treating people can amount to the live they are likely to lead. The worst injury one can ever inflict on another is emotional injury

Before you judge people, take a mile in their shoes. Don’t judge people for you can never tell what they might be passing through. Be understanding and accepting. Acceptance heals. Don’t be a subject of pain to others, don’t be the cause of other people’s depression

So let’s together, fight depression, by accepting people, treating them the way we wish to be treated, let people’s happiness be our utmost priority and depression will be vehemently reduced.