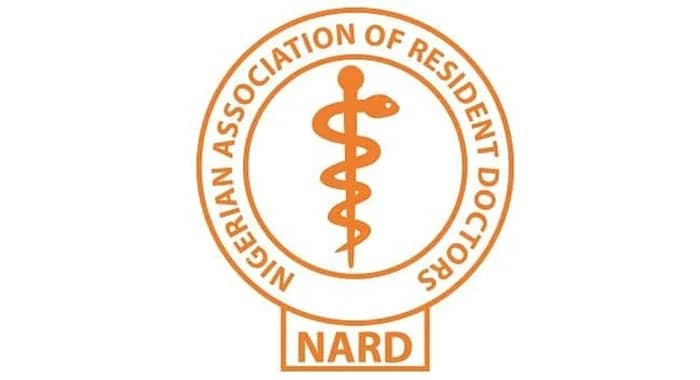 The National Association of Resident Doctors has said that the Medical and Dental Council of Nigeria does not have the legal right to bar house officers from joining the strike.
This is contained in a statement signed by NARD National President, Dr. Uyilawa Okhuaihesuyi; and Dr. Jerry Isogun, Secretary, in Awka on Wednesday.
They dismissed the threat by the MDCN that house officers who joined the ongoing nationwide strike would be sacked or made to repeat their internship.
They described the threat as an expensive joke and imagination of one man.
House officer is a resident physician and surgeon of a hospital (the ‘house’) who is receiving further training, usually in a medical or surgical specialty, while caring for patients under the direction of an attending physician.
The News Agency of Nigeria reports that Dr. T.A.B Sanusi, Registrar of MDCN in statement titled: “Press Release On Professional Ethics For House Officers,” said that house officers who embarked on strike will be reposted with no pay.
“During the housemanship, doctors and dentists are required to undertake 12 weeks’ uninterrupted postings in each of Medicine, Surgery, Obstetrics and Gynaecology, and Paediatrics and other relevant specialties for dentistry.

“Embarking on strike actions by House Officers will lead to repeat of the posting(s) afresh without remuneration.
“House officers are therefore advised to avoid participation in activities like industrial actions that could lead to interruption in their postings,” he stated.
But NARD urged the MDCN to stick to its limit of influence as contained in the Act establishing it and avoid dabbling into union matters that were beyond its purview.
“NARD and members are operating within the confines of the Constitution of the Federal Republic of Nigeria and the Labour Laws of our dear country.

“The MDCN has a humongous task of regulating medical practice amidst a population laden with quackery, which he has not been able to solve and thus should stick to it.
“There are still some of our members (House Officers) who are being owed salaries inspite of being on the MDCN House Officers Platform.
“We are amazed that in spite of these loopholes and flaws in the system MDCN is managing, it should to time to chase shadows about how doctors express their Constitutional right to associate.

“Worthy of note is the fact that, House Officers membership of NARD has been determined by a competent Court in Nigeria and several reminder circulars have also been released by the Federal Ministry of Health,” they stated.
NARD however restated its readiness to collaborate with MDCN on areas of improved health system and workers’ welfare.
“We will not be cajoled or blackmailed into accepting an abnormal situation because we are colleagues when we can do better,” they stated.
The News Agency of Nigeria reports that NARD began a nationwide indefinite strike on Aug. 2.
NAN reports that NARD said it embarked on the strike, to push government to honour its agreement on pay arrears, hazard allowance as well as insurance benefits to families of doctors who have died of the virus.
NARD is asking government to pay insurance benefits of 19 of our members who have died in the line of duty.
The NARD said doctors were ill-equipped and under-funded for the job while the facilities in state-run hospitals “are deplorable”.

Others are payment of death in service insurance for all health workers who died as a result of COVID-19 infection or other infectious diseases in the country and payment of Salary shortfalls of 2014, 2015 and 2016 to members in all federal institutions including state-owned institutions as earlier agreed with NARD, among others. (NAN)