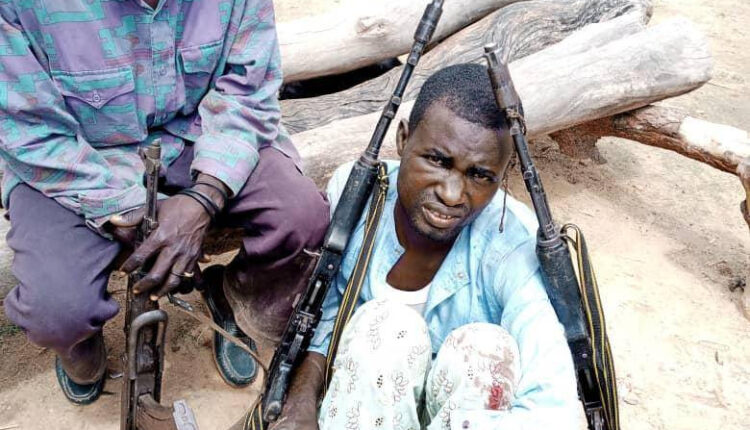 The Jigawa State Police Command in collaboration with a local vigilance group, have arrested two suspected kidnappers in in Taura Local Government Area of the state.

Spokesman of the command, DSP Lawan Shiisu, who disclosed this in a statement on Tuesday, September 20, said the suspects, aged between 35 and 40, were arrested on Sunday following reliable intelligence and credible information.

“Those arrested are believed to members of criminal gang that have been terrorising parts of the state and neighbouring Kano,” he stated.

“The police arrested them during a special operation in Larabawa village, Gabasawa area of Kano and Larabar Gurgunya village in Taura, Jigawa,”

The PPRO said that preliminary investigation showed that the suspects were responsible for the August 9 attack on personnel of the Nigeria Immigration Service.

“Investigation is also showing that the suspects killed two police officers at Kwalam village in Taura on January 23,” he said.

The police spokesman further stated that four magazines with 83 rounds of 7.9mm live ammunition, two locally made pistols, bows, arrows and two sticks were recovered from them.

Shiisu urged the public to always avail the police of credible and reliable information concerning suspicious persons around their environment.

He said the suspects would be arraigned in court as soon as investigation in the matter has been concluded.

Police recover five-month-old baby sold by own biological mother for N500,000 in Ebonyi