Pastor goes into kidnapping to raise money for church expansion 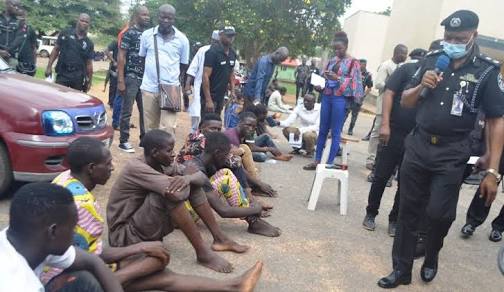 ‎A pastor, who was arrested for kidnapping, has confessed that he demanded N20m ransom from one of his victims in order to raise funds for the expansion of his church.

‎It was gathered that the pastor and his gang operate an underground detention facility at the church.

Gang members arrested alongside the pastor are Chigozie Williams, from Abia State, Ugoji Linus 30years, a native of Imo State and Emmanuel Chris Ani, from Enugu State.‎
The police, in a statement, said the suspects kidnapped  one Jonathan Ekpo, from Benue State.

Ekpo, who works for a logistics company, was kidnapped on‎ July 17, 2020, while delivering goods in Shagamu.‎

“The victim was kept in an underground cabin inside the Pastor’s church building in Ogijo town, Ogun State by his abductors who demanded the payment of N20million ransom as a condition for his release.

“He was subsequently rescued unhurt nine days after and reunited with his family by the Police,” the statement, issued on Wednesday, said. ‎

Tokyo Olympics to have limited number of spectators… IOC