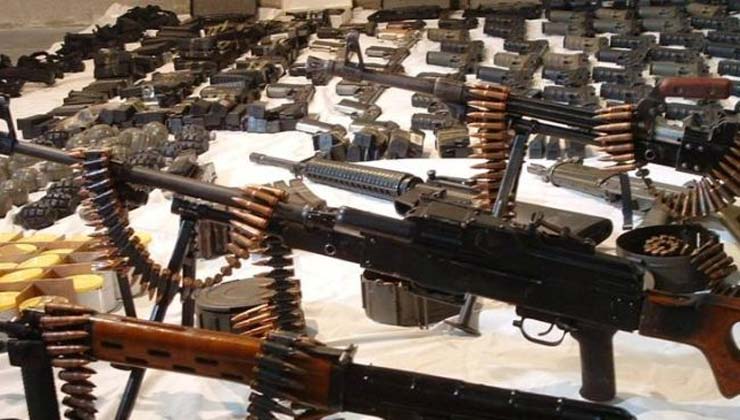 The Indigenous People of Biafra, IPOB, has alleged that arms have been imported into Nigeria from Pakistan to attack the Igbo speaking people.

IPOB’s mouthpiece, Emma Powerful, made the allegation in a statement released on Monday, September 27.

The secessionists’ group reiterated that it has no plans to attack South Easterners and South Southerners as claimed in some quarters. IPOB said violence is not part of their agenda, noting that the claims are mere attempts to mar Biafran agitation.

Powerful revealed in the statement that IPOB is not shaken with the false claims against the group.

He said the Biafra intelligence report confirms the importation and stockpiling of arms from Pakistan to Nigeria to be used to invade Biafraland.

“We are waiting for them,” Powerful said.

Reacting to a recent article by one Shekau who likened IPOB to Boko Haram terrorists, Powerful said: “We the global family of the Indigenous People of Biafra (IPOB) ably led by our great leader, Mazi Nnamdi Kanu have read with amusement, a fallacious media remark by one inconsequential Shekau, a self-acclaimed supporter of President Muhamnadu Buhari where he displayed his ignorance and cluelessness about IPOB, our Leader Mazi Nnamdi Kanu, and the goings-on in Biafra land.