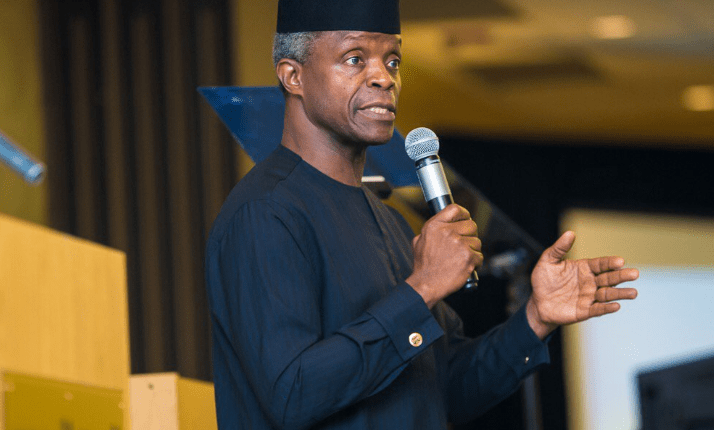 Amidst the growing outrage over police brutality, Vice President Yemi Osinbajo on Sunday described the routine attacks on young people by some security operatives as infuriating, lamenting that ‘bag eggs’ within the police force were denting the image of the outfit.

He therefore commended the Inspector General of Police, Mohammed Adamu for banning the routine patrol of the Federal Special Anti-Robbery Squad (FSARS) and other Tactical Squads of the Nigeria Police Force.

Osinbajo who spoke to newsmen at his residence in Abuja condemned the actions of some officers he called bad “eggs of the Force”.

He asked the police to stick to their mandates.

He also commended Civil Society Organisations (CSOs) for speaking up against injustices meted out by some security operatives on young Nigerians.

Osinbajo’s remarks come shortly after IGP Adamu warned FSARS and other Tactical Squads of the Force against carrying out stop and search duties, checkpoints, mounting of roadblocks, traffic checks, etc with immediate effect.

Presidency: ‘Enemies of Nigeria’ wanted to use the suspended strike to sponsor anarchy, discord