Ohaneze Ndigbo Says The South-East Is Under Siege

Ọhaneze described the killing of Akunyili as unfortunate, regrettable and most worrisome, pointing out that the killings in Anambra State and other states of the South-east have reached an alarming stage. 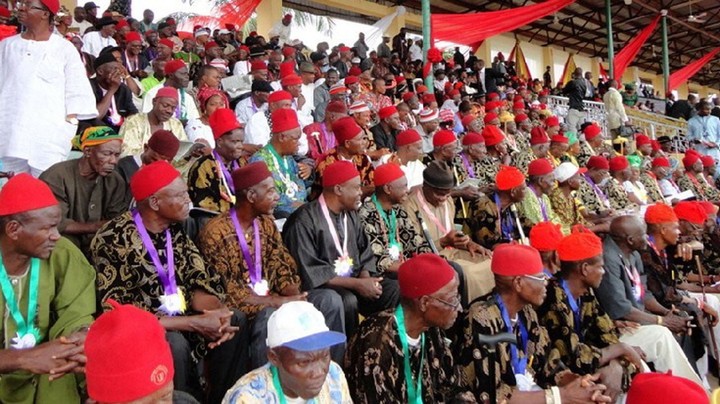 Igbo’s apex sociocultural organisation, Ohanaeze NdIgbo Worldwide, raised the alarm over the incessant killing of innocent citizens of the Igbo nation. Ohanaeze said the zone was currently under a heavy siege.

President General of the organisation, Professor George Obiozor, raised the alarm during the Igbo Day Prayer Summit organised by Ohanaeze NdIgbo Worldwide, in collaboration with the Christian Association of Nigeria (CAN), South East zone. Obiozor spoke against the backdrop of Dr. Chike Akunyili’s murder.

The president-general, who was represented by Secretary General of Ohanaeze, Mr. Innocent Nwudenyi, stated that there was need for the people of the South-east to pause and seek the face of God, because there were too many killings in the zone lately.

Obiozor stated, “As we gather today to pray, we need to take a pause in Igbo Nation. We need to seek the face of God, we need to remember our brothers and sisters that have been killed over the years but more importantly, we need to think about today. The Igbo Nation is under siege; there are too many killings. Many unnecessary killings in the zone.”

He described the killing of Akunyili as unfortunate, regrettable and most worrisome, pointing out that the killings in Anambra State and other states of the South-east have reached an alarming stage.

The Ohaneze Ndigbo president noted that something needed to be done urgently to save the South-east from the unnecessary killings. He also asked the Indigenous People of Biafra (IPOB) and other groups to think deeply and take a pause.

“Professor Obiozor has asked IPOB and other groups to think deeply, because if they kill every person, who will be there,” Nwudenyi said. “We need to take a pause as a people and understand what is confronting us,” he added.

The president-general regretted that beyond the sit-at-home order, there were on-going killings from one state to another in the South-east and called on the clergy to pray fervently for the zone.

In an address, Ebonyi State Governor, Chief David Umahi, wondered why Igbos would be killing each other, and called for brotherly love, harmony, and peace among the Igbo.

Umahi, who was represented by Secretary to the State Government and Coordinating Commissioner, Dr. Kenneth Ugballa, regretted the killing of Akunyili and noted that his death was a big blow to NdIgbo