The South-east Governors Forum also condemned the killing and demanded security agencies move quickly to arrest the perpetrators of the dastardly act and bring them to justice. 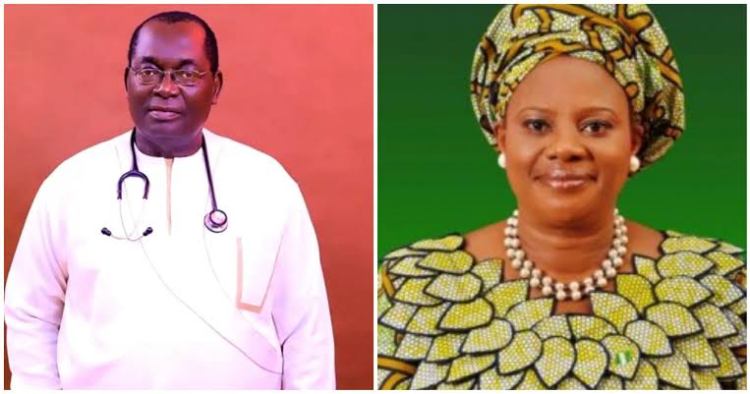 President Muhammadu Buhari, yesterday, expressed sadness over the gruesome killing of Dr. Chike Akunyili, widower of the late former Director-general of National Agency for Food and Drug Administration and Control (NAFDAC), Professor Dora Akunyili, and assured that his killers would not go scot-free. Buhari described the killing of Akunyili as inhuman and reprehensible, stressing that his killers would face the wrath of God and man.

The president’s position was reinforced by the Anambra State governor, Chief Willie Obiano, who placed a N20 million bounty on the heads of Akunyili’s killers.

The South-east Governors Forum also condemned the killing and demanded security agencies move quickly to arrest the perpetrators of the dastardly act and bring them to justice. In a statement by the Chairman of the Forum and Ebonyi State Governor, Dave Umahi, the forum described the killing as “not only barbaric but also unbecoming how much human lives no longer matter in our society. We give security agencies a marching order to go all out to uncover and arrest all the perpetrators of this inhuman act and make them face justice,”

In its own reaction, the apex Igbo sociocultural organisation, Ohanaeze Ndigbo Worldwide, raised the alarm over the incessant killing of innocent citizens in Igboland, concluding that the zone is currently under a heavy siege.

The Senate observed a minute silence for the deceased at its plenary yesterday, and a former governor of Anambra State, Peter Obi, expressed shock at the murder of Akunyili.

Buhari, in a release on Wednesday by his media adviser, Femi Adesina, shared the pain of the children, relatives, and friends of the deceased.

The president said he had fond memories of working with the late Dora Akunyili at the Petroleum Trust Fund (PTF) and Nigerians would never forget the memory of the amazon, who distinguished herself as a courageous, dependable and patriotic citizen.

Enjoining security agencies and leaders of thought to work harder to bring an end to the violence being unleashed on innocent Nigerians, the president assured the grieving families, who lost their loved ones in the incident, that the perpetrators of the heinous act “will face both the judgement of man, and that of God.”
Obiano placed a N20 million bounty on the heads of the killers and others, in a press release he personally signed after a meeting with heads of security agencies in the state. He implored anyone with useful information about the killing of Akunyili and other persons, who fell to the bullets of gunmen between Sunday and Tuesday, to come forward with it.

The statement read, “It is on a very sad note that I address the state today to condemn in very strong terms, the violence that has been witnessed in Anambra in the past few days.

“Since last weekend, some armed persons have unleashed terror with sporadic attacks on innocent citizens in various parts of the state. From the briefings I have received from security commanders, offices of some political parties, branded campaign vehicles and individuals occupying them have been attacked with killings and burning of vehicles observed.

“Other innocent road users have become victims of this menace with many losing their lives and others, their properties. Between Sunday 26th and yesterday, 28th September 2021, attacks on citizens at Oko, Agulu, Obosi, Nkpor, Nnobi, Nnewi, and other places have left about 10 people dead, including an illustrious son of this state, Dr. Chike Akunyili, husband of the late Professor Dora Akunyili, who was, reportedly, gunned down yesterday around Nkpor.

“To reinforce our commitment and seriousness on this issue, I, on behalf of the state government, wish to announce a twenty million naira (N20, 000,000.00) reward for any useful information leading to the arrest of the perpetrators of these heinous attacks on our state.”

The governor regretted the wanton killing of illustrious sons and daughters of Anambra people.

He said, “These are our own people dying every day and for what reason? Ndi Anambra, these attacks and accompanying deaths cannot be justified and must stop now. I have, therefore, conducted an extensive security meeting and have directed all security agencies to step up and confront this monster ravaging our land.

I charge everyone involved in the security architecture of Anambra State to take very seriously this threat to our livelihood and boldly rise to confront same. Everything that needs to be done will be done and no stone will be left unturned in this effort. My directive to this effect is clear and I urge every security personnel on duty in Anambra State to do his utmost best to secure our people.”

Ohaneze Ndigbo Says The South-East Is Under Siege