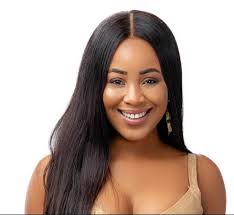 Reigning Head of House in the ongoing Big Brother Naija reality show, Erica may be on her way out of the house following clear violations of house rules after Saturday night party.

Already tension has gripped some house mates over her behavior after the party as she clear threw caution to the wind.

Her fellow housemate, Dorothy was heard telling one of her colleagues in the house, that she was scared that Big brother might decide to play the video of what happened on Saturday night.

Erica, who already received two strikes over past awful behaviors, is already jittery as she though feigned ignorance of her action, but still declared that she was ready to face the consequences.

Her fans and foes have set social media platforms on fire asking for her outright disqualification as her actions had already brought the entire show to disrepute.

She bagged one strike for whispering in the House and another for spending more time than required as a visitor in the HOH lounge, making her one strike away from disqualification.

Erica, after Saturday night party, confronted Laycon about his claims she tried to kiss him multiple times.

Laycon remained silent as Erica went off insulting him and made some derogatory remarks.

She said the only thing saving him is Biggie because she would have killed him outside the house.

“I will beat Laycon if I was not on two strikes. I don’t care if I am disqualified. Laycon is a foolish boy, he looks like a drumstick.

“Laycon will kill himself for using me to lie. Outside this house I will kill Laycon.

“How will I be attracted to such ugly boy? Laycon is ugly he is not attractive, if people see that he is using his smartness for bad then he is ugly from the inside out,” she fumed.

Prince got a brunt of Erica’s fiery mood after she called him the ‘biggest mistake’ she ever made for not taking his side.

Prince also confirmed she poured water on his side of the bed to ensure they don’t share the HOH lounge.

Receiving the third strike will automatically lead to her disqualification.