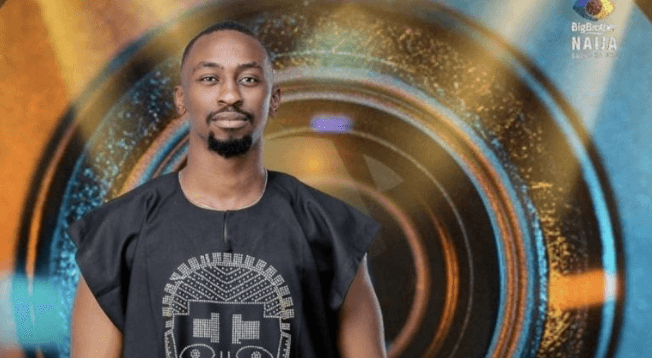 She was to prank fellow housemates by exiting the house for 24 hours.
Nini snuck back in the early hours of Thursday with the plan of surprising the housemates in a few hours.
However, Pere alerted Saga, who was camped in the living room shortly after her entry.
Saga made the revelation on Thursday in a chat with fellow housemate, Pere.
He revealed that the prank forced him to display strong emotions on live television.
Saga said: “I’m happy to see her but I’m still angry.
“I’m not happy because I even felt genuine emotions, I can’t lie.
“I’m not happy that I had to just display such emotions on TV like that, for nothing.
“That’s why I just shut up my mouth. I didn’t want to talk too much.”
In response, Pere detailed how he felt about the prank.
Pere said: “At some point, I knew it was a prank not until Whitemoney started talking about fake housemates, I bought it.”
Saga responded: “If Nini was a fake housemate, I would have enrolled in a psychiatric hospital.
“Somebody I’ve been talking to 24/7 and for eight weeks, I won’t know that person is fake?
“I didn’t even buy that one for one second.
“So she has been playing me from the very beginning?
“Because I’m now a fool.
“I don’t have sense?”
However, since Nini’s return from her prank exile, Saga has expressed mixed emotions.
Recall that the housemate was an emotional wreck following Nini’s exit.
Several attempts to pacify him were futile.