According to section 4 of the  Ebonyi State Cyber Crime Law 012 of 2021, Mr Chikwere  will face 7 years imprisonment for allegedly sharing hate speech, and fake news. 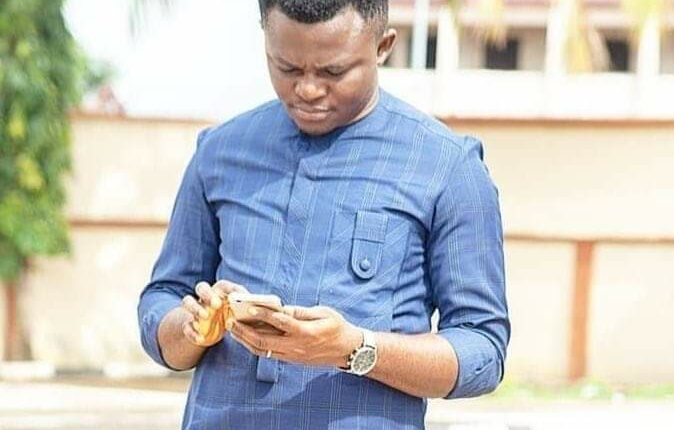 According to section 4 of the  Ebonyi State Cyber Crime Law 012 of 2021, Mr Chikwere  will face 7 years imprisonment for allegedly sharing hate speech, and fake news.

As at the time of filing this report, it is not yet clear when the cyber crime law was signed by the Ebonyi State House of Assembly.

Speaking to journalists in Abakaliki, Ebonyi State Commissioner for Information, Barrister Orji Uchenna Orji said Mr Chikwere is not a recognised journalist in the State.

He claimed that Mr Chikwere who was once a staff of Ebonyi State Broadcasting Cooperation, EBBC has issues with his result and the Ebonyi State civil service.

Mr Chikwere ordeal started on Saturday after he was arrested by the police following a petition against him by Barrister Orji for making a publication on his Facebook handle which the government considered as offensive.

He was rushed to the state’s police headquarters clinic for treatment but his condition reportedly worsened as the clinic is said to be inadequately equipped to cater to his health challenge. 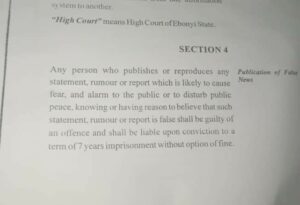 His wife, Onyinyechi, confirmed his ill-health to reporters in Abakaliki.

She said “my husband started falling sick yesterday night when he was in the police station. So, he became worst and the police clinic couldn’t handle it. He is here in AE-FUTHA since this morning.

“They couldn’t diagnose anything at the police clinic but he was in serious crisis. So, no we are in AE-FUTHA, from the explanations on what is wrong with him, I think it is acute appendicitis but I don’t know yet”.