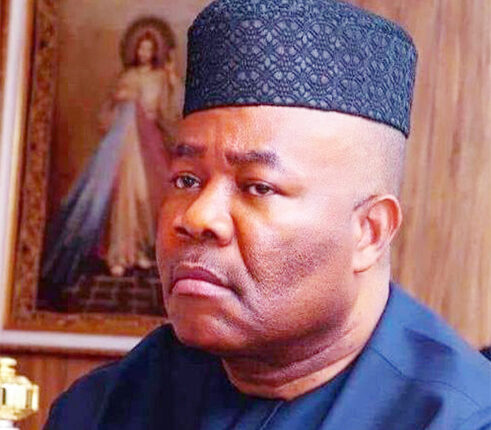 The organisation noted that those affected should be suspended pending the outcome of the ongoing investigations, said there was need to probe allegations that the commission illegally spent N81.5 billion on travels, condolences, consultancy and public communication between January and July 2020.

In a letter to President Buhari dated July 18, 2020 by its Deputy Director, Kolawole Oluwadare, SERAP also urged the president to set up a presidential investigative panel to probe all the allegations against certain individuals who had had dealings with the NDDC.

“Witnesses and whistle-blowers must be protected and the findings of the investigation should be made public. Where there is relevant admissible evidence, suspected perpetrators should be handed over to appropriate anti-corruption agencies for prosecution.

“These are extremely serious allegations. Nigerians expect that those who run the NDDC should be free of corruption, and should enjoy no impunity. Nigerians who want to see development and prosperity in the Niger Delta will want you to take the lead to get to the bottom of these allegations and take appropriate and decisive action to address them.

“A special panel to probe allegations of corruption in the NDDC, and that is able to work closely with anti-corruption agencies would protect the integrity of the forensic audit, remove the possibility of obstruction of justice, and interference in the process by those suspected to be involved in alleged corruption in the NDDC.

While warning that that any perception of politicisation and bias in the investigation of the corruption allegations in the NDDC would undermine public trust in the process, and ultimately, the public interest and good government, as well as justice for the victims of corruption in the Niger Delta, SERAP insisted that no stone should be left unturned in unraveling the real details of the monumental corruption in the commission.

“SERAP is concerned that allegations of systemic and widespread corruption in the NDDC are not only punishable offences but also directly undermine the human rights of Nigerians, especially the people of the Niger Delta.

“Specifically, article 26 of the convention requires your government to ensure ‘effective, proportionate and dissuasive sanctions’ including criminal and non-criminal sanctions, in cases of grand corruption. Article 26 complements the more general requirement of article 30, paragraph 1, that sanctions must take into account the gravity of the corruption allegations.

“SERAP also urges you to instruct the police authorities and security agencies to immediately end the harassment and intimidation of Ms Joy Nunieh, former Acting Managing Director of NDDC, or any other witnesses and whistle-blowers. Suspected perpetrators will escape justice if witnesses and whistle-blowers are intimidated, harassed or threatened.

“We request that you take the recommended action within 14 days of the receipt and/or publication of this letter, failing which SERAP will institute legal proceedings to compel your government to act in the public interest.

“These allegations and the apparent attempts to weaken the independence, work and freedom of action of the Economic and Financial Crimes Commission (EFCC) including the alleged deliberate targeting of some directors of the agency have undermined the public’s confidence in the government’s oft-repeated commitment to fight corruption.”