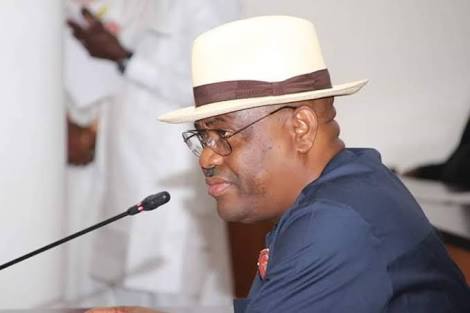 “Those who cannot remember the past are condemned to repeat it”
–George Santayana, The Life of Reason, 1905

The riding quotation is an apt counsel from a celebrated thinker, George Santayana, who, at the age of 48, left his position at Harvard and returned to Europe permanently. The leaders of the Peoples Democratic Party (PDP) are acting like a group that has no respect for history and its damning consequences. They are behaving like the Bourbons of France, whom, according to Talleyrand, “have learned nothing, and… have forgotten nothing.”

One classic example of the party’s impolitic decisions is a statement by Governor Nyesom Wike, the ebullient governor of Rivers State, when he recently talked about zoning in the 2023 Presidential election. Asked about the PDP’s position on zoning for 2023, he said: “As an opposition party, we look at all variables. What will make us win the election should come first. That is what is important to us. The ruling party can say that (zoning), but for the opposition party, there are variables.” In other words, Wike and his followers have ruled out zoning as a determining factor. This is history repeating itself and in that his focus lays the ominous signs ahead of the PDP and the likelihood that the Party is unwittingly struggling to kiss the nation’s presidency goodbye a record third time with the likely second implosion.

First was in 2015, when Dr. Goodluck Jonathan bent the party away from zoning principles to enable him to contest. Jonathan was a man who had expended the residue of Umaru Yar’Adua’s tenure as President when the latter died in office and became Vice President based on the principle of zoning, which he later repudiated. Even when Yar’Adua passed on, the northern political power block (with the late Adamu Ciroma as spokesman) insisted that in line with the zoning principle, it was only right that a northerner would succeed Yar’Adua.

The great reflux forces did not even want Jonathan to be sworn in as Acting President despite the express provisions of the nation’s constitution dictating the same and Jonathan acting in that capacity. It took the National Assembly invoking the Doctrine of Necessity to settle the issue. Unknown to most Nigerians, for Jonathan to contest the 2011 Presidential election, there was a serious negotiation and the northern power block yielded only on the condition that Jonathan would yield the space for a northern candidate. But power is an intoxicant and Jonathan reneged and told Nigerians that zoning shouldn’t apply to the office of the President after benefiting from the same principle twice.

This laid the foundation for a groundswell of opposition to his reelection bid across party lines that amalgamated to stop the second coming of Jonathan. The move against Jonathan was based on the fact that he reneged on the gentlemanly agreement and betrayed the north and the statesmen, who negotiated his contesting in the 2011 presidential election on the aforementioned condition. That was the reason Jonathan was shoved out of office. The claims of his so-called underwhelming performance were but mere tissues of propaganda.

Wike and his co-travelers are on that real same well-worn road that ensured PDP’s string of losses and humiliations. Recall the imposition of Ali Modu Sheriff on the Party as acting national chairman by just two governors of the PDP and how the Party was plagued and nearly wrecked by crisis for two years until the Abubakar Maikarfi/Ben Obi Committee and the likes of Senator Ike Ekweremadu and the governors rallied to rescue the party. These same cliques are alive and well; and they are dragging and digging into the soul of the party, never giving a damn about the common interest or preponderances.

It is unfortunate that Wike and some leaders of the PDP do not care whether or not a second implosion occurs in the Party with their forcing the presidential ticket to remain in the North so they could get a vice presidential ticket despite the preponderance being that the next president of the country has to come from the Southern part of the country. PDP zoned its presidential ticket to the north in 2015 for the same reason. The decision was sequel to the recommendation of the Ekweremadu Committee (PDP Post-Election Review Committee), which unraveled the reasons behind PDP’s scandalous loss of power in 2015. For emphasis, let me quote the report again: “Since the last President of PDP extraction came from the southern part of Nigeria, it is recommended that PDP’s presidential candidate in the 2019 general elections should come from the northern part of the country. This is in accordance with the popular views and will also assuage any ill feelings in the North over any perceived breach of the Party’s zoning principle”. Nothing in that report says PDP’s presidential ticket should take permanent residence in the North.

In the PDP’s 16 years of ruling the country, the South East has recorded the highest infrastructural deficits. The Party played politics with the Second Niger Bridge, which the APC government has gone halfway completing. Yet, Wike and some of the PDP leaders, for very curious and inexplicable reasons, prefer to push northern candidates such as Atiku Abubakar and Aminu Tambuwal to fly the party’s flag in 2023.

Tambuwal is already stepping up his consultations, meeting with elder statesmen. And this agenda is despite their poor delivery and electoral value in their own zones. Tambuwal, for example, won his governorship with less than 1,000 votes and Atiku nearly lost his Adamawa State in the last presidential election. Figures do not lie. Tambuwal polled a total of 512,002 even after a bye election, while his main opponent, Ahmad Aliyu of the APC, polled a total of 511,660 votes, winning the guber election with the record slimmest margin of 342 votes. Atiku Abubakar polled 412, 266 to defeat President Muhammadu Buhari, his closest challenger, who scored 377,488. Instructively, Buhari won 11 of the state’s 21 local government areas, while Abubakar picked the remaining 10. The results show a difference of 34,778 between them in Atiku’s own State.

Such are the candidates Wike and co see as sure banker presidential hopefuls, and forming the winnable constellations in their calculations. What is more, these are coming despite all the sacrifices that the South East has given to the PDP and despite the fact that the brunt the South East bears in the Buhari administration is because of the unalloyed support it gave to Jonathan, a South South son.

Ironically, while prominent northern politicians and statesmen are pushing for a Nigerian President of South East extraction, it is the same people the South East laboured so hard for take to power that are bent on sabotaging its presidential hope.

Predictably, there is an impending implosion in the PDP if the party jettisons zoning the second time with its predictable outcomes. The implosion will be coming from the South East and South South axis whose block votes have always gone to the PDP since 1999. Contrary to Wike’s position that zoning will count for little or nothing, the hurt that the zone has invested in the PDP with nothing to show for it will become a major determining factor. History has a way of repeating itself. 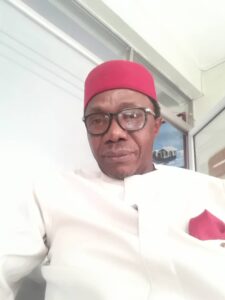