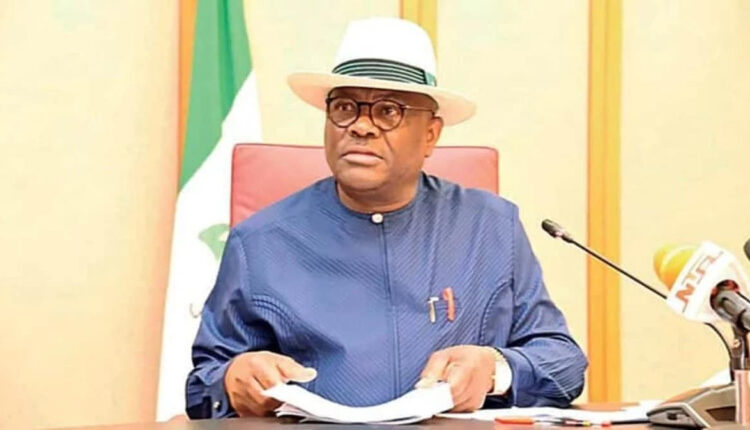 Governor Nyesom Wike of Rivers state has said that the South-South state will no longer give the Peoples Democratic Party its votes for free.

In his speech at the inauguration of the new Etche campus of the Rivers State University in Etche LGA of the state on Tuesday September 6, Wike said the state will no longer offer votes without clarity on what it would gain for its support.

“This (federal) government fought us, but we survived it. Most of them who are talking now, if this federal government had descended on them, most of them would have crumbled.

“They were going to negotiate with Buhari in 2019; that was how Buhari won election. They came to me, I said no negotiation; PDP must win.”

Meanwhile, About 18 governorship candidates of the Peoples Democratic Party in next year’s elections met with Governor Nyesom Wike of Rivers State on Tuesday night, in a new attempt to resolve the impasse in the party.

Channels Television reported that the candidates arrived the private home of the Rivers governor in Port Harcourt, the state capital, at 8pm on Tuesday September 6, for a closed-door meeting that lasted till about 11pm.

The candidates in attendance include that of Kaduna, Plateau, Katsina, Nasarawa, Kebbi, Benue, Sokoto, Jigawa, Borneo and Yobe.

See also  Communique issued at the end of the meeting of South East Governors and other leaders of the zone, hosted by Governor Ifeanyi Ugwuanyi of Enugu State, at the Government House, Enugu, on Tuesday, October 5, 2021

He said their next line of action is to meet with the National Working Committee of the party.

2023 Presidency: Pius Anyim Best Man for the Job – Northern Groups. It is Fair To Give S/East a Chance.