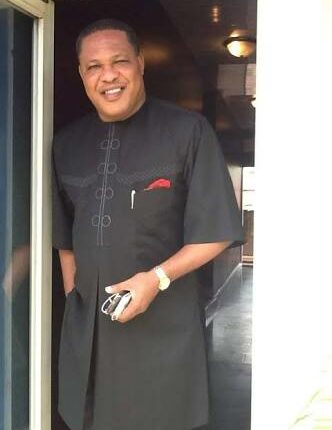 My heart grieves with sadness as my attention is drawn to the recent incessant clashes between members of Indigenous People of Biafra (IPOB) and security agents which has again led to deaths of many citizens in Emene, Enugu State a few days ago.

Despite the fact that IPOB is a proscribed organisation and inspite of my long established Pan-Nigerian credentials, l condemn in very strong terms any extra-judicial killings of any IPOB member, any Igbo-man or woman and indeed, any Nigerian without due process.

I am pained by these killings to say the least. While l commend, Senator Enyinnnaya Abaribe for condemning these killings and calling on the government of Enugu State to establish a Judicial Panel of Inquiry into the killings, l am surprised that the President of Ohaneze Ndigbo, Chief John Nnia Nwodo did not promptly react to this sad development. If anything by the statement issued by his media spokesperson, Emeka Attamah, Chief Nwodo is waiting for the outcome of an emergency Security Council meeting called by the Governor of Enugu State Ifeanyi Ugwuanyi slate for the first week of September.

Let me say without equivocation that the stick approach alone adopted by the Federal Government in resolving the vexed issue of IPOB may not solve the problem but end up being counterproductive. The government should explore the alternative to the stick as it had done with other even more violent groups in the country with some measure of success.

To resolve the IPOB problem, the Federal Government must amongst other things consider my following five proposals:

1) Government should de-proscribe IPOB so that it’s activities can be carried out in the open and subject to supervision and lawful scrutiny.

2) Government must consult with experts in conflict resolution mechanism to chart the way forward to an amicable resolution of the festering crises in Igboland and indeed Eastern Region.

3) Government should quickly create an intervention program to reduce the unemployment level in the South East and Eastern Region as a whole where the National Bureau of Statistics (NBS) recorded lmo State as the state with the highest number of unemployed people in Nigeria.

4) Government must take steps to address the perception in South East that it is being discriminated against in federal appointments and in the distribution of federal infrastructure. This perception has continued to fuel a sense of alienation in the South East and certainly has reached a boiling point.

5) Government must address the long standing agitation for re-structuring and implementation of true federalism in Nigeria.
Re-structuring does not mean the division of Nigeria into separate countries. In my mind, it means the federal government allowing states or regions to play greater roles in the affairs of their people being closest to them.

Finally, l call on the Government to compel the security agencies to act with, restraint, circumspection and humanity when dealing with issues connected to IPOB to avoid any further bloodshed and escalation of crisis in Eastern Nigeria which may have an unpalatable spill-over effect in the entire nation.

All rights reserved. This post: 'Viewpoint: Enugu killings of IPOB Members ' and other digital content on this website, may not be reproduced, published, broadcast, rewritten or redistributed in whole or in part without prior express written permission from Anambra City News.