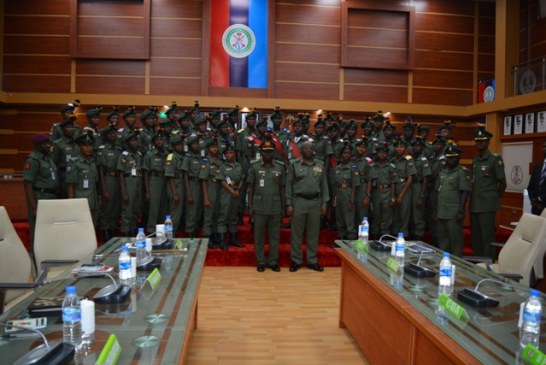 The Defence Headquarters on Sunday assured Nigerians that preventive and preemptive intelligence was ongoing to thwart any possible plans by the Boko Haram insurgents to attack the Federal Capital Territory.

Also, major security agencies in the country including the police, Department of State Services (DSS) and the Nigerian Securities and Civil Defence Corps (NSCDC), among others have been placed on red alert to forestall any such plots.

The Nigeria Customs Service (NCS) had in a recent security report said that members of the Boko Haram terrorists group have flooded the FCT and were planning to carry out coordinated attacks on five identified locations.

The service listed Kunyam Bush along airport road off DIA Staff Quarters, Abuja; Robochi/Gwagwalada Forest; Kwaku forest, Kuje, Abuja; Unaisha forest in Toto Local Government of Nasarawa State and Gegu forest, close to Idu town in Kogi State, as some of the areas where the terrorists were reported to have set up their camps.

But, the defence headquarters in a statement by the Coordinator, Defence Media Operations, Maj. Gen. John Enenche said efforts were in top gear to ensure effective surveillance of the Federal Capital Territory and other states of the country.

The statement titled, ‘Security alert: Defence headquarters assured residents of FCT and adjoining states of safety,’ stated, “The Armed Forces of Nigeria working together with other security and response agencies particularly the core intelligence agencies hereby assure the general public that preventive and preemptive intelligence is ongoing. The general public is thus advised to go about their lawful businesses undeterred.”

It further said that the offensives against the common enemies of the nation would not cease until normalcy is restored in all parts of the country.

Buhari off to Niger Republic for ECOWAS Summit Monday