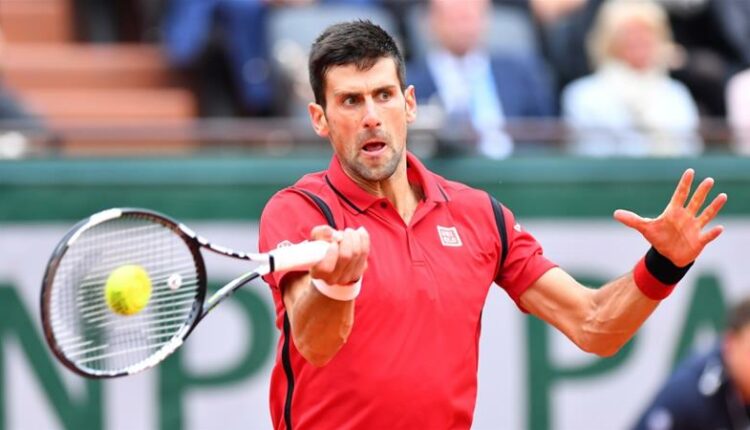 Novak Djokovic was sensationally disqualified from the US Open on Sunday after striking a female lines official in the throat with a ball.

The world number one went 5-6 down in the first set to Spain’s Pablo Carreno Busta when he hit the ball in disgust in the direction of the official.

Djokovic appeared to be looking away from the official at the time, but he hit the ball with considerable force and when it struck her she could be heard gasping and coughing.

The official fell to the floor of the Arthur Ashe court clutching her throat.

Djokovic rushed over to check that she was okay. He put his hand on her shoulder as she appeared to be struggling to catch her breath.

After a few minutes she got up and walked off the court.

Following around ten minutes of discussions with a rules official, the umpire declared that Carreno Busta had won by default.

Djokovic then shook hands with Carreno Busta but not with the official in the umpire’s chair as he left the court looking bewildered.

The Serbian star is only the third player in Grand Slam history to be disqualified out of a men’s singles tournament following John McEnroe at the Australian Open in 1990 and Stefan Koubek at the French Open in 2000.

Rivals and former players reacted with shock after the disqualification.

Germany’s Alexander Zverev had words of sympathy for Djokovic, describing the disqualification as “very unfortunate.”

“He hit a tennis ball. It’s very unfortunate that, you know, he hit the line judge, and especially where it hit her,” Zverev said.

“There is a rule in place for it. I think the supervisors and all of them are just doing their job. Very unlucky for Novak.

Djokovic had been chasing an 18th Grand Slam title at the Billie Jean King US National Tennis Center.

He was hoping to close the gap on Roger Federer and Rafael Nadal, both absent from the tournament, in the race for the all-time men’s Slam singles title record.

All rights reserved. This post: 'Just in: Djokovic ‘disqualified’ from US Open' and other digital content on this website, may not be reproduced, published, broadcast, rewritten or redistributed in whole or in part without prior express written permission from Anambra City News.

Subsidy: History will be kinder to President Buhari says Presidency