Moghalu, who was a deputy governor at the apex bank from 2009 to 2014, made this known in a thread posted on his Twitter handle on Saturday. 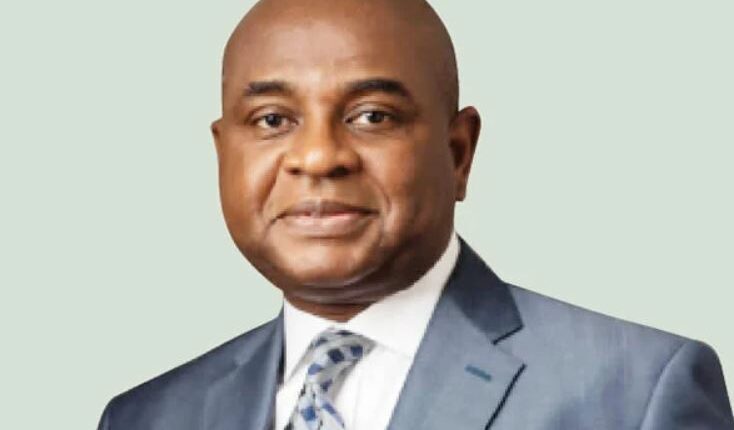 Kingsley Moghalu, a former Deputy Governor of the Central Bank of Nigeria, has said that currency speculators attack and affect the value of the naira.

Moghalu, who was a deputy governor at the apex bank from 2009 to 2014, made this known in a thread posted on his Twitter handle on Saturday.

He made the comments just hours after the CBN Governor, Godwin Emefiele, on Friday, said that the Federal Government would track the owner of Aboki FX, an online platform that gathers and displays parallel market rates in Nigeria, and stop the operations of the website in the country.

The apex bank governor had also accused the owner of the website, a London-based Nigerian, Oniwinde Adedotun, of “speculative activities on the naira”, adding that he has to explain how he obtains his rates.

This is based on the rate of the rise of the naira on the parallel market which is currently trading at N570/dollar.

Following the complaints by the CBN governor, Aboxi FX said on Friday that it would no longer provide daily updates on foreign exchange rates for now and hoped that the naira would stabilise.

Commenting on the FX crisis in the country in a Twitter thread, Moghalu listed factors that affect the value of the Naira to include “supply and demand (if too much Naira is chasing scarce dollars, the dollar gets stronger relative to the Naira, and vice versa).

“Others are inflation (a high inflation economy such as Nigeria’s weakens the value of the legal tender), high government indebtedness ( again, our case especially relative to our revenues and ability to pay which will be stretched the more we borrow on poor revenues, and 90 kobo out of every N1 goes to debt servicing).”

Though Moghalu did not mention Aboki FX, he said, “Speculation also affects the naira value, as there are currency traders around the world for whom the weakness of a currency is their very good fortune. Such traders “attack” such currencies for profit, especially where the currency is using a fixed, official exchange rate determined by the central bank instead of the market.

“As the Naira is effectively pegged officially to a “reserve” currency (dollars, euros, pound sterling), speculators can attack such a currency for profit if the country (Nigeria in this case) is perceived to have insufficient foreign reserves to meet demand. Because our inflation rates at 17% are way higher than those “reserve-currency” countries, again we are exposed to possible currency attacks.

“If reserves are weak, and demand for dollars massively outstrips supply, currency devaluation is inevitable, and currency traders who mount speculative attacks profit from this devaluation.

“Such traders will borrow the Naira from Nigerian banks, convert it to, say, dollars, then buy short-interest paying Nigerian bonds. If, as the speculators anticipate, the central bank devalues the naira, the traders sell the bonds in the foreign currency, convert them into naira, and repay their original loan.

“The steeper the devaluation the higher the speculator’s profit. What should we do about all of this? As I have said before, and say again, we have two options. One is to let the Naira find its level in the market. In order, words, subsidizing the currency.

“While there will likely be an immediate spike in the price of the dollar, this move will have two advantages. The first is that, because Nigeria has a big, profitable economy and market, dollars will likely swamp the market seeking profits for investors.

“When this happens, the laws of demand and supply will work in favour of the Naira. Alongside this, maintaining different exchange rates for different kinds of transactions must end. This is called rate convergence.”

The former presidential candidate of the Young Progressive Party in the 2019 election also said that one of the best ways to strengthen the naira is to make the “right trade policies to support and create such incentives for massive exports of finished, value-added goods from Nigeria”.

“The second, and more important benefit is that, since the current practice of the CBN pumping dollars in the FX market (from the reserves, which also depleted them) is essentially a subsidy for imports, which has made Nigeria more and more import-dependent, letting go of the subsidy on the Naira will refocus the economy towards exports.

“This will create an incentive for complex production of a quality that can be competitive in the international market. Accompanying this must be the right trade policies to support and create such incentives for massive exports of finished, value-added goods from Nigeria.”