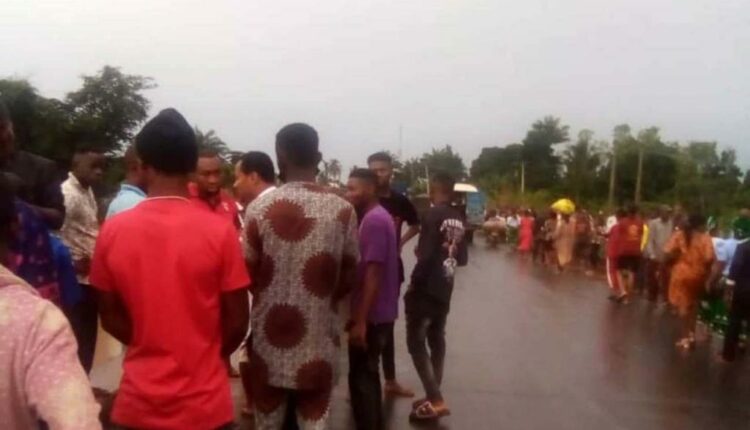 At least 36 persons are feared killed on Friday when a bus plunged into Akaeze River in Ebonyi State.

The accident was said to have occurred at Akaeze Development Centre in Ivo Local Government Area of Ebonyi State.

“After the burial ceremony in Ebonyi, the 608 bus conveying 36 persons going back to Enugu, while trying to overtake a trailer, the driver lost control and the bus jump into the River.”

The Coordinator of Akaeze Development Centre, Mr Sinbad said; “rescue has begun. There are a few dead bodies. I cannot fully confirm the situation now. One person is alive. We are looking for more people. We cannot ascertain the number of people.”

But, the spokesman of the Ebonyi State Police Command, DSP Loveth Odah said five persons have so far been rescued from the River as one of the victims died while receiving treatment in the Hospital.

“The Victims are receiving treatment at St Denis hospital, Akaeze”.