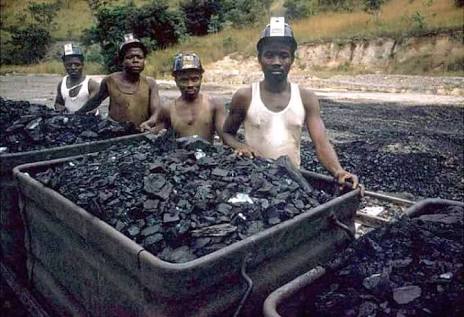 Hundreds of Staff of the defunct Nigerian Coal Corporation (NCC), Enugu on Monday sent a Save-Our-Soul message to the Federal Government seeking for the payment of their severance differentials on terminal benefits amounting to a whopping N182, 902, 498.90k.

President Muhammadu Buhari had on September 14, 2015 directed that all arrears owed Nigerian workers from previous administrations be cleared through the circular HCSF/428/S.1/128.

But in a letter in a letter to the Minister of Finance, Budget and National Planning, Zainab Ahmed, dated June 1, 2020 entitled ‘Re: payment of severance differentials on terminal benefits to staff of Nigerian Coal Corporation,’ the staff of the defunct NCC made a passionate appeal for the payment of their entitlements.

In the letter signed by O.G. Onwuasigwe, on behalf of the Acting Managing Director, the workers regretted that despite several letters with accompanying documents of arrears to both the offices of the Minister of Finance and Head of Civil Service of the Federation which was received on the November 1st 2019 and September 28, 2015 respectively; they were deliberately not captured for payment when their sister corporation, Nigerian Mining Corporation, Jos who were paid on May, 2020 were captured.

The letter read in parts: “We humbly write to inform you that following a directive that all arrears owed Nigerian workers from previous administrations should be cleared vide the circular HCSF/428/S.1/128 dated 14th September, 2015 as a result of President Muhammadu Buhari’s magnanimity and zero tolerance in not giving the Nigerian workers what is due to them, we submitted our document concerning the aforementioned subject matter to the office of the Head of Civil Service of the Federation amongst other arrears which was received on the 28th September, 2015.

“Five years had passed and we have not received any response with regard to our submission.

“We sincerely thank you for paying our sister corporation, and will thank you the most, as we hope, you will pay us ours without further delay.

“We attach herewith, the worked out hard and soft copy of the severance differentials on terminal benefits totaling N182,902,498.90 as was submitted five years ago for your perusal and necessary action.

“We do hope Madam Minister, that our plea will be met with your kind approval,” the letter read.