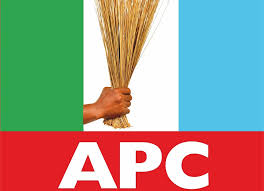 The crisis rocking the Ekiti State chapter of the All Progressives Congress (APC) deepened further as 12 chieftains of the party, including the Special Adviser on Political Matters to the President, Senator Babafemi Ojudu and a son-in-law to the APC National Leader, Asiwaju Bola Tinubu, Oyetunde Ojo declared their unwillingness to appear before the party’s disciplinary panel set up by the state chapter.

The party members described the disciplinary committee as ‘kangaroo’, said the panel was an illegal contraption alien to the extant provisions of the APC constitution and its members.

They further explained that the lingering crisis within the party was about failure of Governor Kayode Fayemi to run politics of inclusiveness in the management of the party.

According to them, all the internal mechanism within the party in resolving issues were exhausted before going to court, adding that though they were ready for genuine reconciliation but withdrawing the court case could not be by fiat.

An eight-member disciplinary committee had been set up in consonance with the directive given by the Mai Mala Buni-led caretaker committee that each chapters must set up a panel to probe erring party members who have refused to withdraw cases instituted against the party and its leaders in court despite entreaties.

But in a September 16, 2020 three-page letter to the Hon. Patrick Ajigbolamu-led panel, the aggrieved chieftains, said the decision to commence expulsion moves against them, was contemptuous of existing case still pending in court.

The litigants, in the letter authored by their lawyer, Chief Ademuyiwa Adeniyi, faulted the constitution of the panel, said the state Chairman, Paul Omotosho was interested party in the crisis.

They said Omotosho could not be a judge in his own case, adding that the leaders would not be getting fair hearing considering comments from members of the panel and leaders of the party preempting the outcome.

The aggrieved leaders said they would not honour the panel’s invitation, “as it is subjudice in law with consequences” insisting that they would still continue to fight the matter in court.

The letter reads,” That the information at the disposal of our Clients is contrary to your claim that the National Caretaker Committee of the APC directed the Ekiti State Chapter to set up Disciplinary Committee to try members that are exercising their fundamental human rights as enshrined in the Constitution of the Federal Republic of Nigeria Constitution of their Party.

“Sir, looking at the composition of your Committee, especially the position of one of your members, the Ekiti State All Progressives Congress (APC) Director of Media and Publicity, Mr. Sam Oluwalana who has already written the report of your committee while addressing the Press on Tuesday, the 15th of September, 2020. He went to the extent of calling our Clients recalcitrant. You will agree with us that we cannot guarantee the impartiality of your Committee.

“Still on the issue of independence and impartiality of your Committee, our clients have raised serious objection to the venue of your meeting. The information at their disposal suggests that the Hotel (property) is owned by the person that constituted the committee, the immediate past Political Adviser to Ekiti State Governor, Barrister Paul Omotosho, who was a party to their case at the Federal High Court, Abuja.

“The composition of your Committee is against the principles of Nemo Judex in causa Sual. That is, no one is judge in his own cause. This is one of the cardinal rules of Natural Justice that no person can judge a case in which they have an interest. The Chairman that constituted your Committee and to whom all your findings shall be reported to is a party to Suit No. FHC/ABJ/CS/446/2020 at the Federal High Court, Abuja and your Committee is established mainly because of this pending case. You will agree with us that your employer/the initiator of your Committee can not judge a case in which he is a party. “Nemo judex in Parte Sua”.

“Our clients have great respect and honour for their Party, APC, reason they tried as much as possible to initially exhaust the internal means of the All Progressives Party to dispute since 2018 without any success. In order to their readiness for reconciliation and respect for our Clients also made themselves available to the Chief Jide Awe Reconciliation Committee that was set up by Governor Kayode Fayemi any result before your vexatious invitation letter.

“Our Clients are always and still open to genuine reconciliation, objected to the way and manner the current Executive Members of the Party emerged in Ekiti State which is against the natural justice upon which the All Progressives Congress was established. That what they are asking for is not new, it was the same agitation in Ondo, Rivers, Zamfara and some other States before it was genuinely resolved in Ondo State and all members of the Party are along,” they said.

All rights reserved. This post: 'Ekiti APC crisis deepens as Ojudu, Tinubu’s son-in-law, 10 others shun disciplinary panel' and other digital content on this website, may not be reproduced, published, broadcast, rewritten or redistributed in whole or in part without prior express written permission from Anambra City News.