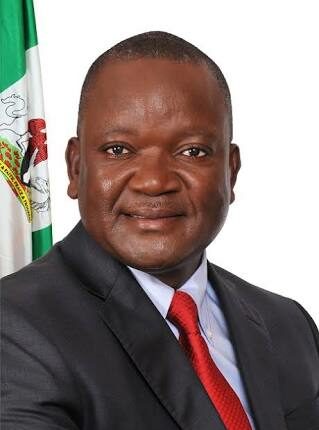 ‎
Benue State governor, Samuel Ortom, has said the establishment of a nationwide vigilante group by ‎cattle breeders, Miyetti Allah Kautal Hore, was a ploy by the Fulani to‎ elevate their atrocities across the country.

Miyetti Allah had recently announced that it has set up a vigilante group that will operate nationwide.

Reacting to the development in a ‎statement by his Chief Press Secretary, Terver Akase, on Thursday, Ortom ‎vowed that the vigilante group will not operate in Benue.

He also urged the Federal Government to arrest leaders of the group, which he blamed for killings and banditry across the country.
‎Ortom said in the statement,  ‎“We read the statement credited to the Fulani socio-cultural association, Miyetti Allah Kautal Hore, in which the group announced that it has established its security outfit called ‘Miyetti Allah Vigilante’ to operate nationwide.

“As much as we do not have any problem with them floating a security outfit in other states, it is important to say that such a vigilante group will not operate in Benue State.

‘’Miyetti Allah has no constitutional right to establish a nationwide security outfit. Benue does not need the Miyetti Allah vigilante.

“The state government is working with conventional security forces and has already established a vigilante group at the state, local government and ward levels.

“This is evident in the ongoing recruitment of personnel for community policing who will soon be trained as recommended by Inspector General of Police.

“The idea of running a nationwide vigilante group is a mere strategy by the Fulani socio-cultural organization to elevate their nefarious and inhuman activities to another level.

“‎They have repeatedly claimed responsibility for the killing of thousands of children, women and other vulnerable people in different states, yet, members of the group walk freely in Abuja and hold press conferences, threatening to unleash terror on the people of this country.

“We once more call for the arrest and prosecution of officials of Miyetti Allah Kautal Hore to end the spate of crime in the country.

“We also urge the Federal Government to stop looking elsewhere for bandits who have been killing innocent Nigerians. ‘’Miyetti Allah Kautal Hore are coordinators of banditry in the country, and officials of the group reside in Abuja.”