The fact is that when some gunmen engaged security operatives in a shootout in Ihiala today, Governor Obiano was attending a pre-scheduled political rally in Ogbaru Local Government Area along with Prof Chukwuma Soludo. 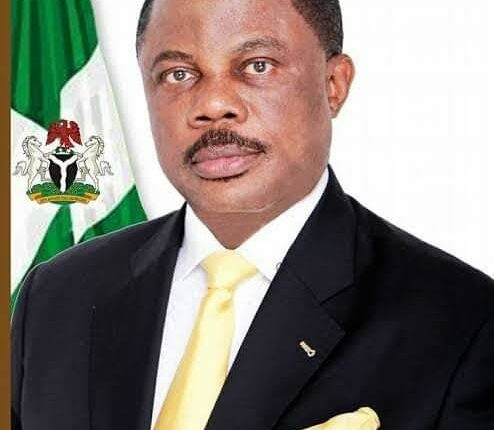 Our attention has been drawn to the false report in the media alleging that the convoy of the governor of Anambra State, Chief Willie Obiano was attacked by gunmen today in Ihiala Local Government Area of Anambra State.

We wish to inform the general public that the report is a blatant lie without a shred of truth in it. The fact is that when some gunmen engaged security operatives in a shootout in Ihiala today, Governor Obiano was attending a pre-scheduled political rally in Ogbaru Local Government Area along with Prof Chukwuma Soludo, the standard bearer of the All progressives Grand Alliance in the November 6, 2021 gubernatorial election in the state.

The Ogbaru campaign was highly successful with a large turn of party members and supporters who came to reassure Prof Soludo and APGA of their support in the coming election. There was not a single incident of violence in the campaign venue and its surroundings and Governor Obiano and his fellow party men and women all went home peacefully after the rally.

The report that Governor Obiano’s convoy was attacked is obviously false and should be disregarded by well-meaning members of the society.

Governor Obiano deeply regrets the shootout at Ihiala today and the attendant loss of lives. He calls on all the politicians involved in the ongoing electioneering campaign in the state to join hands with him in calming the political temperature of the state in order to ensure a peaceful and fair election on November 6, 2021.