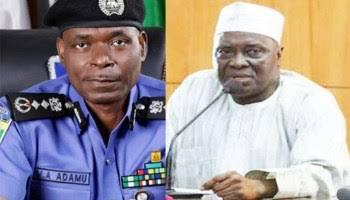 The Abuja Division of the Court of Appeal on Wednesday told the Inspector-General of Police, Mohammed Adamu, that he lacked powers to recruit constables for the Police Force.

While nullifying last year’s recruitment of 10,000 constables by the IGP, the court said tjat only the Police Service Commission had the exclusive rights to such recruitment.

A three-man panel of the Court of Appeal led by Justice Olabisi Ige unanimously held in its judgment upturned the December 2, 2019 verdict of the Federal High Court in Abuja which had validated the power of the IGP to proceed with the recruitment of 10,000 he embarked upon in 2019.

The PSC, in a superiority battle with the IGP had in September 2019, instituted the suit marked FHC/ABJ/CS/1124/2019, in its bid to gain the exclusive right to conduct the recruitment process which the NPF and the IGP, had as of that time, almost concluded.
The commission asked the Federal High Court judge, Justice Inyang Ekwo, to nullify the process already commenced by the NPF and the IGP.
It urged the court to declare it as the body with the exclusive powers to carry out the recruitment process.
But the judge in his judgment delivered on December 2, 2019, dismissed PSC’s case which he adjudged to be lacking in merit.
He ruled that the law guiding the enlistment of constables into the police force was the Nigeria Police Regulations of 1968, issued by the Nigerian President in accordance with the provisions of Section 46 of the Police Act 1967 (No 41), providing for the organisation and administration of the police force.
He noted that section 71 of the said Nigeria Police Service Regulations, 1968, gave the power to enlist constables to the Police Council and the NPF under the control of the IGP, and not the PSC.
He ruled that Commission by its enabling law retained the exclusive powers to promote, demote, dismiss and discipline any police officer apart from the IGP, it could only appoint constables after the recruitment exercise carried out by the NPF.
The PSC had through its lawyer, Chief Kanu Agabi (SAN), a former Attorney-General of the Federation and Minister of Justice, appealed against the judgment, which he urged the Court of Appeal to set aside.
Delivering the lead judgment of the Court of Appeal on Wednesday, Justice Ige, upheld the PSC’s case by resolving all the issues raised in favour of the appellant.
The court agreed with Agabi, represented in court by Edidiong Usungurua, held that the word “appointment” used in the Constitution with respect to the powers conferred on the Police Service Commission included “the power of recruitment and or enlistment of recruit constables”.
The court held that the police regulation and or provisions of the Police Act which purportedly vested the IGP the power of recruiting constables “is null and void being in conflict with the Constitutional powers vested in the Police Service Commission”.
It therefore declared the recruitment carried out by the IGP as “null and void”.
The court also granted all the prayers sought by the PSC in its amended suit filed at the Federal High Court.