The ex-minister had officially defected from the PDP to the APC on Thursday and was presented to Buhari at the Presidential Villa by the APC caretaker chairman, Mai Mala Buni. 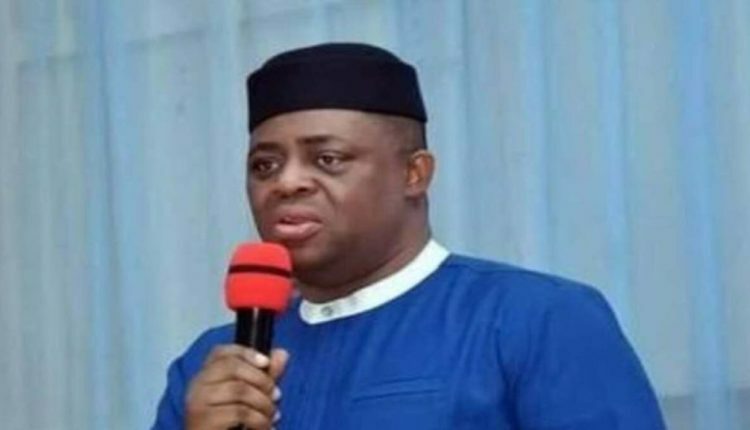 The Peoples Democratic Party [ PDP ] in the South-West on Friday criticised a former Minister for Aviation, Chief Femi Fani-Kayode, over his claim that he had wrongly criticised the President Muhammadu Buhari in the past.

The South-West PDP, through its Publicity Secretary, Chief Sanya Atofarati, said nothing had changed about Buhari as the socio-political and economic situations in the country were getting worse by the day under his watch.

It, therefore, challenged Fani-Kayode to come out clean, describing him as a “political liability” “unstable as wind” and a “political beggar.”

The ex-minister had officially defected from the PDP to the APC on Thursday and was presented to Buhari at the Presidential Villa by the APC caretaker chairman, Mai Mala Buni.

But Atofarati, who spoke in a statement titled, ‘‘FFK: South-West PDP hails APC for inheriting liability.’’ in reaction to the defection, said, “This was a man who openly accused President Buhari of corruption allegation as Minister of Petroleum in 1977 and cursed himself to death in 2019 if he ever attempted to join the Buhari-led APC.

“Now, the question for Fani-Kayode is: what has changed? Have the unemployed Nigerians been employed under Buhari? Has Buhari now been able to curb the killing spree of Nigerian soldiers and kidnappings of innocent citizens by bandits and herders across the country?

“For some of us and especially the South-West PDP, we knew the featherweight politician would defect to the APC because we had always been aware of his insincerity and unholy alliance. We in South-West PDP are the most grateful because the snitch within has finally gone home to roast (sic). We predicted earlier that those sabotaging the progress of this country will be exposed; now, Nigerians have seen it and we are vindicated.

“FFK should not be taken seriously. Even when he was acting as a self-acclaimed PDP spokesman, many of us knew he wasn’t sincere. He was then PDP in the day and APC in the night. FFK lacks the integrity required to portray a liberator’s stature. He is a political beggar whose only source of income is in corporate begging.

“Over the years, FFK has remained a worthless entity within the party and especially in South-West. History has it that FFK has never won any election even in his polling unit for PDP other than scavenging for political relevance.”