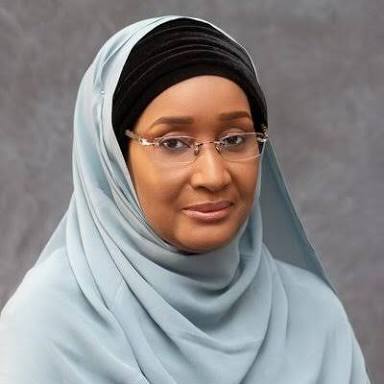 There is an Igbo saying which I became aware of when I was serving in Nanka, Anambra state. It goes thus: “you do not have to shout to tell a blind man that war has broken out!”

But there are always exceptions to that rule and that is what we are currently In 2018, many communities across several states of the federation were hard hit by flooding. It did not only lead to internal displacement, it took a huge toll on farmers who saw hopes of a bountiful harvest stymied by the torrential rains and flooding.

In response to that devastation, President Muhammadu Buhari set up the Emergency Agricultural Intervention Programme to provide support to farmers who were affected by the rains and flooding. Although approved in 2019, affected farmers did not begin to receive the support, which has come in the form of fertilisers and farm inputs, until 2020.

It was meant to help them recover, stabilise and return to profitability Why the delay? The federal government in order to ensure that only affected farmers received the intended support carried out a rigorous verification exercise to establish those deserving of humanitarian aid.

The distribution of farming inputs thus, commenced, only after the verification exercise had been concluded.

In the past five to six months, Sadiya Umar Farouq, Minister of Humanitarian Affairs, Disaster Management and Social Development has been criss-crossing the country with the Director General of the National Emergency Management Agency, AVM Muhammed Muhammed (rtd) to initiate the process of distribution on behalf of the president. at every stop, she took time out to apprise the state governors and their aides of the need to take proactive action to prevent and mitigate flooding and its concomitant disastrous consequences which would be exacerbated on account of the economic and humanitarian toll already taken by Covid-19.

The Minister and NEMA have also issued rain and flood advisories based on insights gleaned from this year’s predictions.

On July 27th, 2020 , Sadiya Umar Farouq while addressing the press at the Presidential Task force briefing sounded a proactive and unequivocal alarm – “As the rainy season intensifies, we believe that incidents of flooding would not just be disastrous and catastrophic, they would impoverish our vulnerable population who have been adversely affected by the pandemic.

So, at the Ministry of Humanitarian Affairs, Disaster Management and Social Development we have been drawing attention of flood-prone states to the annual Seasonal Rainfall Prediction (SRP).” Her twitter feed is replete with those calls from Zamfara to Adamawa, Kogi to Bauchi, the message was the same – “to ensure preparedness based on Annual Season Rainfall predictions from the Nigerian Meteorological Agency (NiMET) and Nigerian Hydrological Services Agency (NIHSA) we are calling on state governments’ in flood-prone areas to take pre-emptive actions. We must not let this happen under Covid-19.”

Was she being an alarmist or as her traducers would say, was she merely drawing attention so that money would be allocated to her ministry? None of those could be farther from the truth because to borrow a dog eared cliché; those who fail to plan are planning to fail.

Since the creation of her ministry, the minister has continuously stressed the importance of proactive action in the discharge of her ministry’s humanitarian and disaster management mandates.

The deployment of early warning signals, she has always maintained, are critical to ensuring disaster management preparedness and mitigation.

This is actually easy to do in our technologically advanced world where meteorological and hydrological scientists can predict weather patterns and expected consequences. NiMET and NIHSA have been fully engaged in providing insights.

The annual Seasonal Rainfall Prediction (SRP) released by the NiMET on 24th January 2020 and the Annual Flood Outlook (AFO) released NIHSA on the 28th May 2020 provided the basis for the minister’s clarion call.

It indicated that 500 communities in 102 Local government areas spread across 28 states were at risk of imminent flooding. It is sad to note that despite calls for proactive interventions, the rains are already wreaking havoc. Six lives were lost and thousands of hectares of rice farmland were destroyed in Kebbi state.

A statement from the presidency put estimated losses at about N10bn and the President in a September 6, 2020 tweet expressed his dismay while putting the flood disaster in context: “I am particularly saddened by the Kebbi flooding disaster, which has led to the loss of lives and destruction of thousands of hectares of farmland.

It is a major setback to our efforts to boost local rice production as part of measures to end importation. This bad news couldn’t have come at a worse time for our farmers and other Nigerians who looked forward to a bumper harvest this year in order to reduce the current astronomical rise in the costs of food items in the markets.”

Bauchi has also been hit by flooding and there is the clear and present danger of more states being impacted thus leading to a huge humanitarian disaster because once again, we failed to heed the early warning.

Bruce, a public affairs analyst, is resident in Abuja

All rights reserved. This post: 'Viewpoint: The rains, flooding and Sadiya Umar Farouk’s warning' and other digital content on this website, may not be reproduced, published, broadcast, rewritten or redistributed in whole or in part without prior express written permission from Anambra City News.