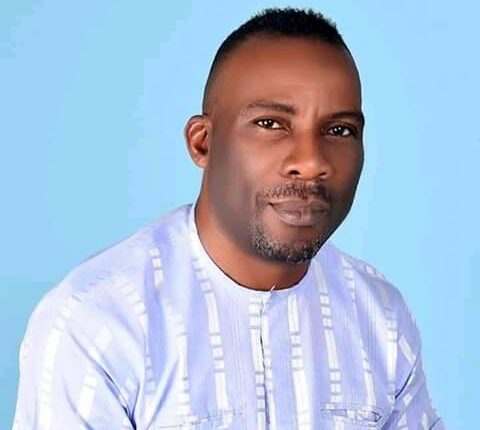 WHO ARE THE REAL ENEMIES?

It is generally agreed that an enemy is a person or group, real or imagined, considered to be adverse or threatening. The ability to identify ones adversary in any given circumstance is crucial as failure to clearly identify a foe can be very fatal. In fact, misidentifying an enemies can cause one to fall victim of an ambush. It could also cause a friendly-fire incident, with tragic outcomes where an innocent person becomes a target while the villain is given a friendly embrace.

In conventional warfare, it is not difficult to know your enemy. In fact, the signs are usually obvious. Once a battle line is drawn and the red flag is hoisted, whoever is not on your side is adjudged an enemy that should be fought and defeated. You deploy your arsenal strategically and marshal your tactics with precision. You mount your guards and lay ambush where necessary. And once the enemy is out of the way, the victor walks home triumphantly to enjoy the spoil of war.

In asymmetrical warfare however, the game of identifying and routing belligerents is not as easy as the picture painted above. In this case, enemies come in disguise but with sinister agenda. They put on the cloak of emissaries. They appear very innocent, civil in conduct and decorous in manner. They smile broadly and open their arms widely. But guile is the name of their game. They are simply spying on their target to attack when the guards are down.

As it is in war, so it is in politics. Though it is often said that in politics, there is neither a permanent friend nor permanent enemy. But in reality, those who find themselves in opposing camps in elections often speak of and treat each other as political enemies, albeit momentarily. The rivalry between the party in government and the one in the opposition creates a scenario of political enmity. In the legislature, those who oppose or try to stop bills that favour the ruling party or who sponsor the ones against are usually classified as political enemies. Because their identity, their goals and their strategies are, to a large extent clear and discernable, this set of enemies are easy to handle. In fact, because their knocks are expected, they are less harmful. For this singular reason, they are not the real enemies.

The real enemies in the political arena come in the garment of friends. Their weapons of warfare and tactics are made of different stuff. Most political empires fall, not on the account of the forces of the opposition but due to the activities of these real enemies. These real enemies take political personalities to cloud nine and abandon them to their fate. After many years of study and close monitoring of political arrangements and governments, I have come up with a list of the seven most vicious enemies in political circles.

The Cabal
The members of a cabal are usually the most powerful group in and around any administration. They pride themselves as the installer and owners of the government and they actually pull the strings. They meet with the helmsman occasionally to plot and plan every move. They have unfettered access to the room of power and decide who gets what in terms of appointment and other political patronages. They acquire massive wealth at the expense of the people. Most of them do not hold political positions and those who do, are strategically placed to protect the interest of the cabal. Cool and collected, they are hardly visible in public functions but hold the secret of government. They demand favour, in cash or kind, to influence political appointments. They are usually so selfish that they do not let the man at the helm of affairs see, hear from or interact with the people in order to maintain their selfish advantage, to the detriment of the principal. They are the reason some political leaders end up on the wrong side of history. That’s what makes them number one enemies in the political arena.

The Extremists
The extremists are elected or appointed political office holders who take directives to the extreme without making a conscious effort to give human face to their actions. They see political office as an end in itself. How do we know them? They boast about their human abilities. They hate men and play God. They speak and act as if there is no tomorrow or life after office.They are proud and flaunt superior knowledge. Responding to greetings is seen as a favour; their phone lines are usually on busy mode. They go with long titles and insists on taking the front seat in churches and at public functions. Through the instrument of gossip and other untoward acts, they damage the reputation of others so as to be seen as the only good ones. The big names among them talk tough to impress their principal while the smaller folks work as members of taskforce to extort from and exert power on the gullible public. The ladies in this category use their beauty and bodies to secure their place. They present themselves as the image of the administration. They are mostly found among those who see politics as their only address. Through their conducts, they give the government they serve a bad name.

The Saboteurs
The saboteurs run with the belief that they deserve more than they got. They are usually the loudest in public functions and wear long robes to give an impression of those who have made it. But their insatiable mindset sell them out as hypocrites. They are patriots in the day and rebels at night. They walk like lions at sunrise, defending and demanding but crawl at sunset to renew their secret alliances with the opposition. When the lights are on, they sing the praise of their principals, but in the recess of their private life, they plot and scheme against them. Gossip is their strategy; pretense is their second name. They make audio and visual recordings of every conversation and sometimes manipulate issues to use to their advantage. They are real enemies not only because they leak official secrets to the opposition but they are usually the first to abandon their principal as soon as an administration winds up.

The Attack Dogs
They come in different names – media warlords, social media influencers, personal aides and support groups. This group are the most belligerent. They read and misread the body language of their masters and on that basis, take laws into their hands. The physically strong among them do the dirty jobs in the field. The weaker ones invade the cyberspace to attack, insult and abuse any perceived rival of their paymasters. They hardly initiate any meaningful idea but usually copy, paste, screenshot and share posts and comments on the social media to cause disaffection. They are impatient and mostly found among the unemployable young people. At the slightest disagreement, they are quick to unleash verbal or physical injury on their perceived enemies. They go beyond the instructions of their principals just to impress them. They are the mercenaries and available thugs for every sinister operations. Visit some of the WhatsApp platforms and you’ll understand the stuff these people are made of. Pitifully, they are the least rewarded. If there would ever be any war, it will begin with these set of individuals.

The Absentee Elders
Elders are supposedly the custodian of collective consciousness as a result of the wisdom which age and experience conferred on them. They are found among political and religious leaders, members of the academia and the traditional institution. They stand in the gap between the ancestors and the new generation. They command respect among people of goodwill and young people look up to them for inspiration and direction. Blessed is the land with such elders. But unfortunately, some of our elders are absent on duty. Today, we have elders who know the truth but don’t say it, elders who eat the food meant for children, elders who sit by and watch in times of moral crisis. They have held all manner of positions ranging from Ward Councillor to the top echelon yet desire to grab everything for themselves and their families, even positions suitable only for the younger folks. The clergy among them throw their back on the altar to face the podium while the Royalty abandon their sceptre of authority, all in attempt to remain politically correct, thereby making
their presence ineffectual and their voices, ignominious. For them, it’s me, I and myself and they do anything to protect their interests. They are enemies of the youth and truth.

Serial Contestants
There is nothing wrong with having and pursuing ambitions. But the real enemies are serial contestants who wear ambition like bracelet. These persons have the erroneous belief that they must be in one position or the other in every dispensation and as such, do every untoward act – cut corners, run others down and trample on every rival – to remain in the corridors of power. Cultists and men in occult are their cherished partners. Most of them pull their mandate from the pool of blood. As soon as an election is over, they start planning for the next. Their empowerment programs are usually an insult to the sensibilities of the people. They shortchange jobs meant for their people. They bring the youths close only during elections and lock their gates afterwards. The other time is when they need them to wage media war or to stage street protests. Their activities produce negative effects on the system.

Conflict Merchants
In politics, the actors sometimes disagree. In fact, conflict is an intrinsic part of the political culture. So it does not come as a surprise when the big boys draw the sword at each other. But conflict merchants go out of their way to instigate crisis. They fan the ember of discord for selfish ends. They celebrate conflict and use all manner of propaganda to engineer it. They form parallel groups even when there is no need for them. The run from one place to the other to sow the seed of disharmony, in the legislative assemblies, in labour unions, in institutions, in the party, etc. They manufacture tales to make their venture perpetual. They go out of circulation once there is peace in the land. So long as they are in government, they see nothing wrong in the system. But as soon as they are out of the corridor of power, hell is let loose. They are enemies of peace.

The final word
It’s not the enemy outside who ruins the system; it’s rather the enemy in the house who delivers the killer punch. So who are the real enemies in our politics? We need to come to terms with this poser before the clouds gather. It’s morning yet on creation day.

All rights reserved. This post: 'Viewpoint: HEROES AND VILLAINS OF POLITICS (PART 1)' and other digital content on this website, may not be reproduced, published, broadcast, rewritten or redistributed in whole or in part without prior express written permission from Anambra City News.