Reps to sue Akpabio for perjury, defamation over NDDC Contracts 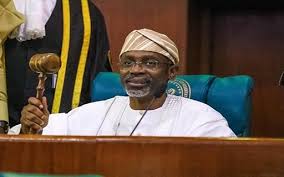 The Minister of Niger Delta Affairs, Senator Godswill Akpabio may be in for a bigger trouble as the House of Representatives on Thursday resolved to sue for alleged perjury and defamation of the parliament.

This is not unconnected with Akpabio’s claim during while appearing before the House Committee on Niger Delta Development Commission (NDDC) investigating the alleged monumental corruption at the commission, that members of the National Assembly are major beneficiaries of contracts from the commission.

An apparently infuriated House had through the Speaker, Femi Gbajabiamila asked the minister to provide details of the beneficiaries of such contracts within 48 hours.

This is coming as the Senate ad hoc committee investigating alleged financial malfeasance by the Interim Management Committee of the NDDC on Thursday submitted its report, recommending for not just the dissolution of the IMC, but that the commission should be returned to the Presidency for direct supervision.

The committee recommended that the whopping N1.4bn purportedly spent on COVID -19 by the IMC should be refunded to the NDDC account.

But, at the House sitting on Thursday, the Speaker had informed his colleagues that his office was yet to receive a letter containing details of the allegation made by the minister concerning contracts at the NDDC.

Having failed to respond to the request, the speaker informed the House that he had asked the Clerk to the House, Patrick Giwa, to consult the Legal Department on how to institute legal action against Akpabio for perjury and criminal defamation.

Meanwhile, the senate adhoc committee chaired by Senator Olubunmi Adetunmbi submitted its report to the senate for debate.

The committee said the monitoring and advisory bodies recognised by the Act which established the NDDC, should be inaugurated immediately, while lamenting the extra-budgetary spending by the IMC.

It also said the Auditor General should appoint internationally renowned audit experts to carry out the exercise.