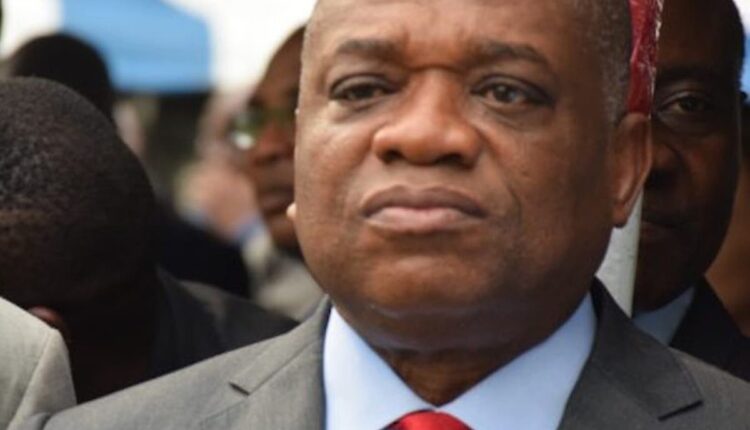 The Chief Whip of the Senate and former governor of Abia state, Senator Orji Uzor Kalu and a former governor of Delta State, Emmanuel Uduaghan have disassociated themselves from the claim by the embattled Minister of Niger Delta Affairs, Godswill Akpabio in which he linked them to the various contracts awarded by the Niger Delta Development Commission (NDDC).

While Uduaghan described Akpabio’s claim as mischievous, Kalu on his part said he never benefited from any contract, stating rather than contractors that executed contracts he facilitated

Akpabio had linked Uduaghan to the emergency repairs of Close B, Alhaji Estate & Environs, Rumuodomaya, Port Harcourt at a cost of N429m.

But, in a statement on Monday by his Media Assistant, Monoyo Edon, the former Delta governor stated very clearly that the said accusation is false.

“Dr. Uduaghan has never approached the NDDC for any contract whatsoever. It is even more ridiculous that the said contract is a road inside Port Harcourt town,” the statement noted, while asking the minister to effect the necessary corrections. 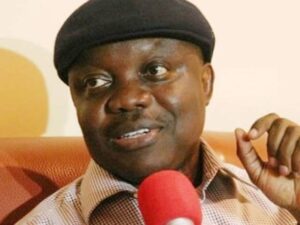 On his part, the former governor of Abia state in a statement signed by Barrister Emeka Nwala of office of the Senate Chief Whip said he believed that the issues at stake in the NDDC had to do with missing funds and not works done.

He said the road projects mentioned by the minister are the interventions he facilitated for the communities as a private citizen before he became a Senator revealing that his name was mentioned because he used his letter headed paper to write a sympathetic letter to the NDDC in 2016 requesting and pleading with the body to rescue roads in Abia.

“I was governor of Abia State between 1999-2007 and never held any public office until June 11, 2019, when I was sworn in as a Senator. Between 2016- 2018 during my tour to several communities; leaders and welfare unions of most communities pleaded for urgent intervention on some dilapidated roads.

“I wrote to the NDDC informing the body of the conditions of these roads and the need for their attention since Abia is an NDDC State. The NDDC in their consideration which I am very grateful to award the roads to companies that duly tendered for the projects and not myself. Whatever link I have with the projects is because it was considered due to my intervention,” he said.

The Senate Chief Whip also noted that the NDDC that awarded the projects were not part of the interim management in controversy but the fully constituted body of NDDC with its board.

“The contractors have completed and delivered these roads a long time ago except Abam-Atani road which I learnt from the contractors was slowed down due to rain but still ongoing.

“Meanwhile, it would interest Nigerians to know that the contractors who built these roads have not been paid any dime.

“It has not been easy with the contractors but because it’s a community project they have only but kept hope alive on the NDDC.

” I am so much concerned about roads because I understand the economic importance of good roads, that’s why I built several roads when I was governor.

“Even as a Senator, it would interest you to know that my major constituency projects are road constructions, reconstructions and rehabilitation.

“As a community leader, I do not intend to stop my interventions on roads in NDDC states because all the states need good roads.

“Good roads help to drive the economy. Therefore, I believe the NDDC forensic audit should focus on the missing funds and not works done.

“They should focus on paying contractors that delivered their jobs and not using my name indiscriminately to sell newspapers.

“The Honourable Minister, Senator Godswill Akpabio is my good old friend. We have been friends even before I became a governor.

“I hope he doesn’t expect me to stop seeking road interventions in our communities.

“It is his civic responsibility to support the communities and I am very confident he will oblige our future requests especially in areas of good roads,” Kalu said