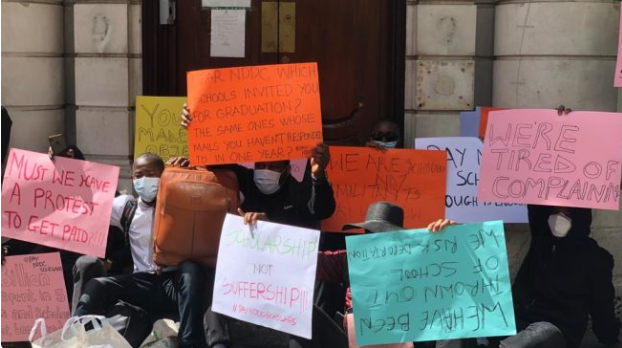 The Niger Delta Development Commission (NDDC) says it will soon verify and pay all outstanding fees owed students under its foreign scholarship programme.

Dr Cairo Ojougboh, NDDC Executive Director of Projects stated this in a statement by the commission’s Director of Corporate Affairs, Charles Odili in Port Harcourt on Tuesday.

Ojougboh was quoted to had pledged payment at a recent meeting with representatives of the United Kingdom (UK) based-scholarship students’ in London.

“So, we have decided to verify the scholarship awards of the students because of obvious discrepancies.

“We are also doing this due to the fact that 50 of the students awarded the scholarships in 2019 did not leave Nigeria for their studies to the UK.

“The verification exercise will involve the registration of all scholars on the commission’s newly custom built portal to confirm the claims with the students’ universities of study,” he said.

The executive director blamed the delayed in payment of the students on distraction caused by the probe of the commission by the National Assembly.

He further said the death of Chief Ibanga Etang, the then NDDC Executive Director of Finance and Administration, also played a part in the delayed payment of the students.

“NDDC could not pay the students as it needed to wait for the replacement of Etang to be able to access funds in its domiciliary account at the Central Bank of Nigeria.

“So, after the verification, we will pay all outstanding foreign scholarship claims within the next few weeks,” he assured the students. (NAN)

Silverbird group to establish cinema outlets in Ebonyi by December 2020