Even small streets markets known for selling foodstuff and materials located within Onitsha, which used to transact business on public holidays were all shut down in Onitsha and Nnewi. 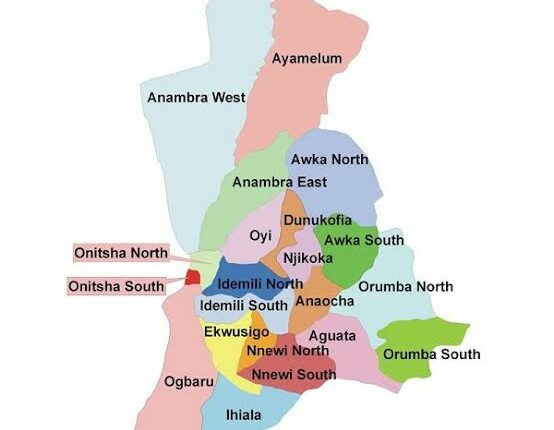 Tribune Online gathered that as of Thursday, plans were made to hold the celebration of the country’s 61st anniversary at Ekwueme Square Awka, but due to the IPOB order, no single celebrant showed up, except security personnel, deployed to guard the area.

Although the venue was lavishly decorated with Nigerian colours and a podium for Governor Willie Obiano to take a salute, unfortunately, nobody turned up, including the governor.

At the venue, only heavily armed police officers, armoured vehicles which were stationed to provide security for the event, were seen.

The boycott of the anniversary celebration is not unconnected with the call by the group, Indigenous People of Biafra (IPOB), for people in the South East of Nigeria to stay at home on the day of the celebration.

This is further reinforced by the spate of killings in the state as witnessed since last Saturday, up till Thursday in the state.

As of the time of leaving Ekwueme Square, organisers of the programme had started dismantling the public address system, and other equipment originally provided for the event, giving the indication that the event would no longer hold for the fear of the unknown.

Onitsha, the commercial city and Nnewi the industrial town of the state, recorded total compliance with the order.

All markets in the two Anambra business towns were shut down as people deserted the streets.

Even small streets markets known for selling foodstuff and materials located within Onitsha, which used to transact business on public holidays were all shut down in Onitsha and Nnewi.

There were no vehicular and human movements, the way it used to be on Monday’s weekly sit-at-home, which IPOB had suspended but still being observed, but people chose to sit in their home.

All filling stations in Onitsha and Nnewi were under lock and key.

Newspaper vendors who sell papers even on Sundays were nowhere to be found as they all stayed at home in compliance with the IPOB sit-at-home.

A resident of Onitsha who spoke to Tribune Online, said that since people had been complying with the IPOB sit-at-home, he had never seen anyone that had the kind of total compliance, as the October 1 order.

Small children and youths turned the streets and road in Onitsha, to football playing grounds, while parents were seen in different streets buildings and those facing the major roads, relaxing in their homes.

There was no presence of any security agents, on the roads, or at their checkpoints or their usual roadblocks, particularly, the Police. Army and Navy.

However, five Army vehicles loaded with soldiers were seen at Atani Road junction, by Onitsha Enugu expressway, heading towards the Niger Bridge to Asaba, apparently escorting a senior officer to catch a flight in Asaba.

Tribune Online also gathered that the Nigerian Flag was only seen at the State Government House Awka, Hotels, the Police Command and other security arenas in the state.

Wike To Jonathan: APC Will Destroy You, Remain In PDP.