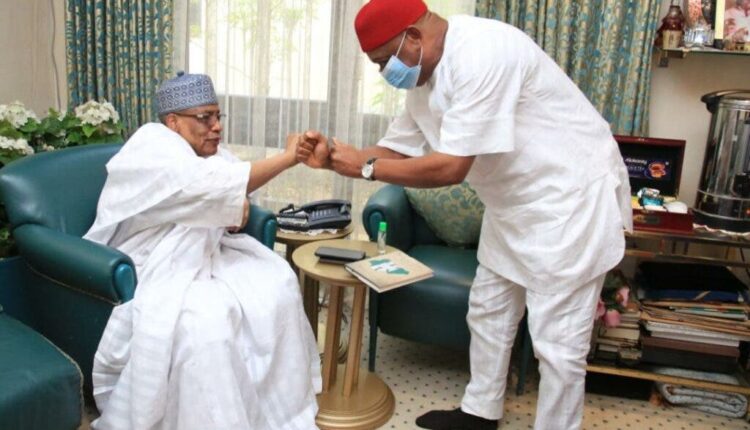 Kalu was in Minna, Niger State on Monday.

He explained that his visits were on a private ground, not as Chief Whip of the Senate.

He however used the opportunity of his visit to speak on some national issues.

On calls by the senate for the sack the service chiefs and If his Visit was in connection to the call, Kalu said, “well I am just in Minna to see my two bosses. To first congratulate President Babangida on his health and also to welcome former President Abdulsalami on the success of the minor health operation he had recently. 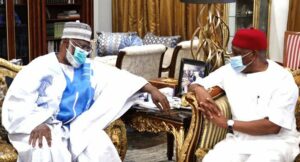 “As regards the change of service chiefs, the issue will be addressed through a collective decision of all members of the Senate, I am not here today as the Chief Whip of the Senate. I am in Minna on a private visit as a private citizen but once I am informed about the decision taken by the Senate I would make it known to the public if necessary. The Senators are 109 in number, and we have democracy deeply entrenched in the Senate where we all discuss and agree on issues collectively. The Senate has not taken a position so if I comment on it , I may be wrong.

“The nation’s security has become a huge challenge which has affected everybody. The senate is already addressing the issue. The security challenge has defiled almost every solution, I am sure that Mr. President is very worried and angry with the current situation. Our President is a top class Army General (rtd) and a former military commander. I see a form of sabotage; but the issue of sabotage will be addressed.”

He said Asked if he has an ambition to contest for President, Kalu said he is only interested in returning to the Senate. 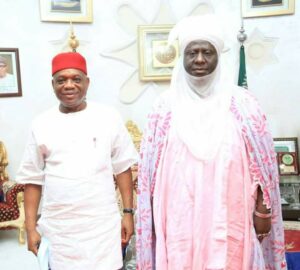 On issue of zonning the Presidency, the former governor described the matter  as one that would be addressed by the political party.

Senator Kalu pointed out that the party’s decision remained supreme.

“It’s an issue of party, the parties have every right to decide the zone which would produce the candidate to represent it in the polls. The Chief Whip also dismissed the insinuation that there was crisis in the ruling All Progressives Congress (APC) as result of zoning.

He said “In APC we have no issue of zoning, anybody can contest for election, zoning does not exist in the party’s constitution. As long it is not a constitutional matter the Presidential bid remains an open basket which anybody can vie for.” he said.