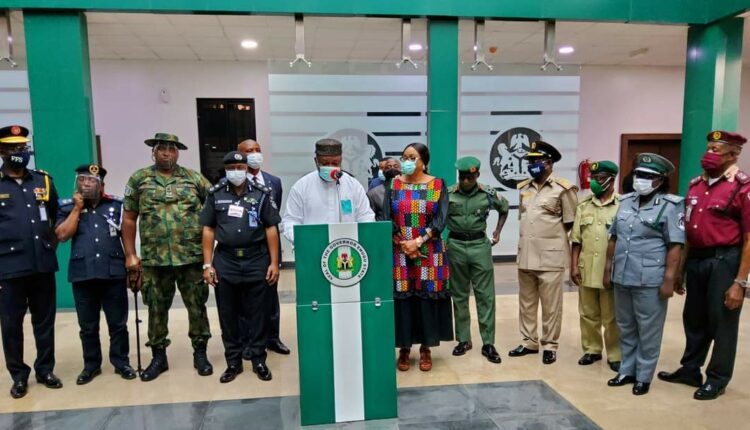 *** vow to unravel cause of IPOB, Security operatives clash

Governor Ifeanyi Ugwuanyi of Enugu State rose from an emergency Security Council meeting with all the heads of security agencies in the state, Tuesday vowing to unravel the immediate and remote causes of the recent violent between members of the proscribed Indigenous People of Bifra (IPOB) and security operatives resulting in several deaths, in Emene, a suburb of Enugu.

The council also pledged its readiness to put machinery in motion to forestall future re-occurrence.

Addressing newsmen after the meeting which took place at the Executive Council Chambers of the Lion Building, Government House, Enugu, lamented the loss of lives during the fracas.

The governor said that “as the Chief Security Officer of the state, I am at all times committed, to doing all within my powers, to ensure the security of lives and property in Enugu State”.

He added that “following the emergency Security Council meeting…, it has become necessary to give those responsible for getting to the root of these unfortunate developments a little more time to complete their work”.

The governor therefore asked those in custody of weapons snatched from security agents to return them to the agencies or the nearest traditional ruler who will return same to the appropriate security agency.

He further appealed for calm and understanding of all concerned “as we work together to sustain the long existing and cherished peace in Enugu State.”

The governor also disclosed that the State Security Council in the meeting approved the immediate joint patrol by all security agencies and a meeting with traditional rulers, religious and opinion leaders to hold on Thursday, September 3, 2020, at the Government House, Enugu.