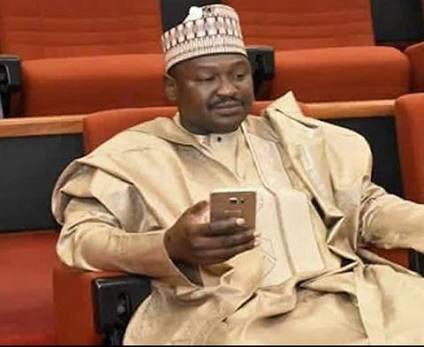 About a month after former Speaker of the House of Representatives, Yakubu Dogara dumped the Peoples Democratic Party (PDP), his close ally, Senator Isa Misau has also dumped the ruling party in Bauchi State and rejoined the All Progressives Congress (APC).

Misau, who represented Bauchi Central Senatorial District in the 8th Assembly, announced his defection back to APC during a meeting with the APC Caretaker Chairman, MaiMala Buni, at the Yobe Governor’s Lodge in Abuja on Friday.

But in a swift reaction, the Bauchi State PDP said it was not perturbed by the Senator’s defection.

The State Chairman of the PDP, Hamza Akuyam, described the defection as “good radiance to bad rubbish”.

He said, “He (Misau) came alone into the PDP in 2019 when he was denied ticket to contest, he could not win even in his polling unit; if he is going, bye-bye to him”.

Akuyam, who described the situation as very unfortunate, said, “You know he has a lot of issues hanging on his neck to settle with the federal government.

“As he and others are going, many others are coming in to replace them. We are not afraid of anything come 2023. It is a river and when we get to the bank, we will create a bridge with which to cross the river.”

All rights reserved. This post: 'Dogara’s ally, Misau dumps PDP, rejoins APC' and other digital content on this website, may not be reproduced, published, broadcast, rewritten or redistributed in whole or in part without prior express written permission from Anambra City News.