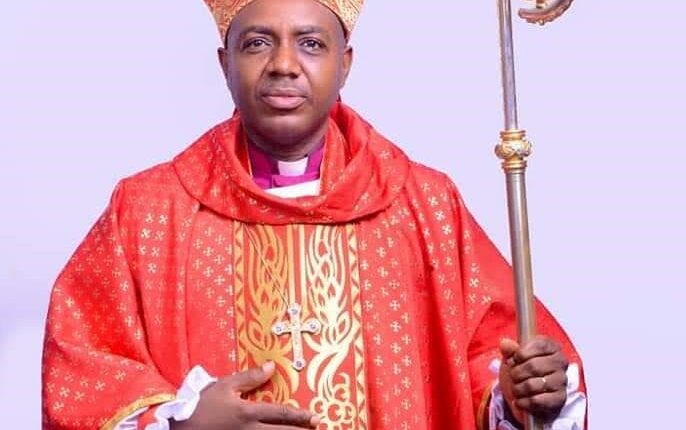 The Diocese of Nike, Anglican Communion in Enugu State, will hold the 2nd session of the 5th Synod with the theme, “Church a Movement, not a Monument” from November 1 -4, 2020 at St. John’s Church, Owo, Enugu State.

According to a statement on Monday, which was signed by the Bishop, Diocese of Nike (Anglican Communion), The Rt. Rev’d. Dr. Christian Onyeka Onyia, the church, as the greatest movement in human history, is meant to be perpetuated; rather than to be maintained as a monument.

According to him, “as Christians, God has not called us to be caretakers of a monument. The church is called to genuinely reach out to the unreached, the lost people in the community. Christ called us to reach all peoples, not just those that look like us.

The statement reads: “In furtherance of the ministry of the Great Commission and in recognition of the Ministry of Jesus Christ, which was not confined to a church building or even a corner, the Diocese of Nike (Anglican Communion) will be holding this year’s synod in a rural church in Owo.

“We are not only taking the message of salvation to the people; but, we are also taking medical outreach, food, and education to the community and other communities around the synod venue. As part of the synod programmes, the Diocese shall dedicate St. Luke’s the Physician Hospital, Enugu and Justice Dame Ijeoma Onwuamaegbu Hospital and Maternity, Neke Uno in Enugu State.

“In this Diocese, we focus more on rural communities as our Diocese is 30% urban and 70% rural and rural mission is our target. We have been planting churches and schools in rural areas to bring evangelism and quality education to the people. In addition, due to lack of basic infrastructure in these areas, the Diocese has started fixing solar panel electricity in rural communities in the state in order to win souls for Christ and also to encourage pastors posted to rural areas.

READ ALSO  Yellow Fever, not a curse from the gods, cause of Enugu strange deaths says Commissioner

“The greatest danger in Christianity is ‘Churchianity’. Jesus started a Movement not a Christian club, religious system, or spiritual fraternity. Unfortunately, too many churches and her leaders are hopelessly trapped within their own monuments, beneath pastors more committed to building an empire rather than a Body. Jesus never told His disciples, ‘Go, therefore, and build ecclesiastical structures called churches.’ ”

He added: “Jesus’ vision for His followers is that they propagate a movement of multiplication. The church is supposed to a transformative and restorative movement that cares for the spiritual, physical, emotional, health, and general well-being of the people. Painfully, Churches are giving up the movement for the monuments and allowed programs and methods to replace a powerful move of God.

“Do you not know that you are God’s temple and that God’s Spirit dwells in you? -1 Corinthians 3:16. God may visit these brick and mortar temples but he certainly doesn’t live in them. Unfortunately, the spirit of the church is gradually changing from hunger to self-satisfaction, from eagerness to routine, from daring new steps of faith to maintaining the status quo, from outward to ingrown. The church lives only when it is a movement, not a monument. In fact, if the trend toward mediocrity is not arrested, the church will decline and become a mausoleum, a place of death.

“The church as an institution may have enough social momentum and financial resources to keep churning on, building new structures that would eventually be occupied by nobody. Currently, there is a drastic drop in attendance at these buildings (monuments) in Europe and the Americas and the trend is catching up in Africa. Most of the church buildings have been converted to stores, cinemas, mosques, etc as more persons have become less interested in Christianity.

“According to the Pews Research Center, church attendance in the UK, Europe, and America is 14% against over 91% that are baptized Christians. In fact, the statistics of those that still identify themselves as Christians in the UK are about 71%. The Church must rethink the mission strategy to win souls for God.

All rights reserved. This post: 'Anglican Diocese of Nike to feed, educate, treat rural communities during Synod in Enugu' and other digital content on this website, may not be reproduced, published, broadcast, rewritten or redistributed in whole or in part without prior express written permission from Anambra City News.