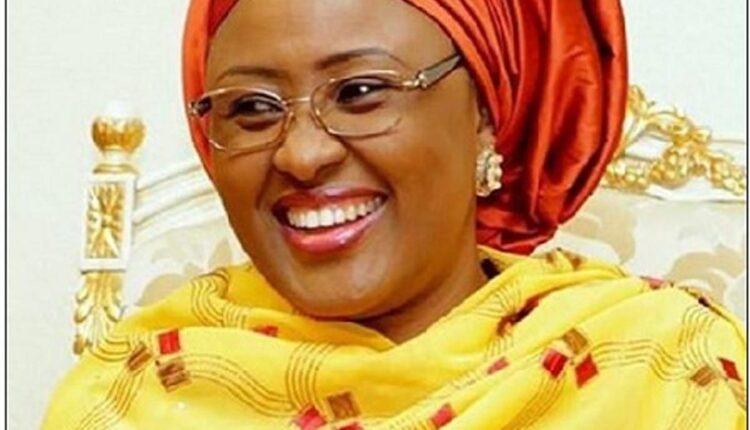 ‎Wife of President Muhammadu Buhari, Aisha Buhari, has faulted a national daily, Daily Trust, over a cartoon on the lavish wedding of her daughter, Hanan.

On Sunday, Daily Trust published a cartoon by ‎one of its cartoonists, Bulama Mustapha,‎ which showed the President’s wife holding pictures of the wedding on her hands and displaying them in the faces of poor, suffering Nigerians.
‎
The cartoon was inspired by several posts Aisha put up on a social media platform, Instagram, where she displayed pictures of Hanan’s wedding.

However, reacting to the cartoon, Aisha said children of Nigerian leaders had the right to get married whether they were performing or not.

He said, “The cartoon of Mustapha Bulama trending is very unfair because the wedding wasn’t in anyway insensitive to what Nigerians are going through.

“In fact, because of that, Mrs Aisha Buhari held a meeting with her staff and told us she wants the wedding to be low key with no massive celebrations.

“The photo she posted of the couple for social media was to thank well wishers and not to rub it on Nigerian faces.”

Buhari’s supporters had earlier attacked Daily Trust over the cartoon, with one of them saying, “‎This has further proved that your publication is toilet paper and should be trashed in the bottom pit of hell. Shame on you”. ‎