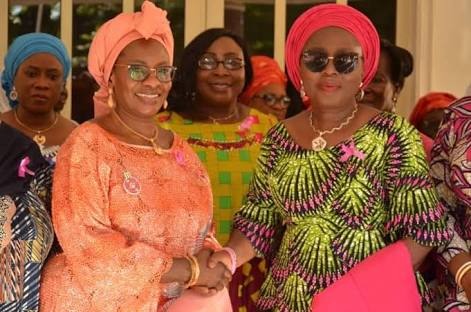 By Esther Ahmed in Abuja

The National Centre for Women Development, (NCWD), on Thursday
asked the House of Representatives to hasten the passage of the Sexual Harassment Prevention Bill recently passed by the Senate.

The NCWD said the early passage of the bill by the lower house of the National Assembly will make it easier for President Muhammadu Buhari to sign it into law as soon as possible.

The Director-General of the NCWD, Mary Ekpere-Eta who applauded the Senate for passing the bill without much delay asked the House of Representatives to follow suit.

The Bill, which was passed by the Senate on Tuesday, July 7, prohibits and redresses sexual harassment of students, while also outlawing any form of sexual or romantic relationship in tertiary institutions.

“I joined other critical stakeholders at the public hearing on this important law. I am glad that our voices were heard, as we fully supported the bill which will act as a legal framework for protecting female students from unprofessional lecturers who practice and promote the dehumanizing culture of sex-for-grades”.

She also hailed the sponsor of the bill, the Deputy President of the Senate, Senator Ovie Omo-Agege, noting that by the time the lower house eventually passed the bill and the president assented to it, a new chapter would have been opened in the ongoing efforts for women liberation.

“Nigerian girls and women face different challenges in their quest for education. We still have places in our country where girls are overlooked when poor families are compelled to pick the children who will be sponsored in school.”

“We have stories of girls dropping out of school because they or other girls they know were raped in footpaths that lead to their schools. We also have girls who are married off at a young age to save money in their homes. It is girls who are sent out to hawk wares to augment their family’s income, despite the fact that they are exposed to danger.”

Meanwhile, the Media Women Forum has also hailed the passage of the Sexual Harassment Bill, describing it.as a welcome development as it would prevent sexual harassment and exploitation of female students by lecturers in the Nation’s tertiary institutions.

Coordinator of the Forum, Toro Oladapo said the Bill would be expanded to accommodate other levels of education and other places where women experience sexual harassment, we, however, see it as timely and in line with agitation to ending sexual harassment of girls and women in general.

“We use this opportunity to call on the National Assembly to expedite action on other gender-related bills, especially the Gender and Equal Opportunity and Anti-rape bills.