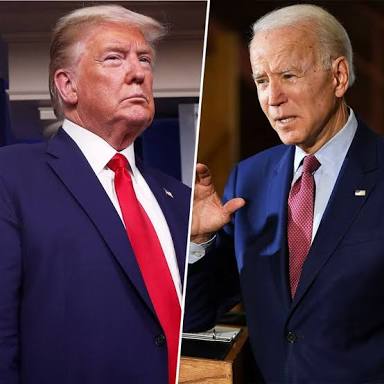 The US election is officially open: North Carolina on Friday launched vote-by-mail operations for the November 3 contest between President Donald Trump and Democrat Joe Biden, which is getting uglier by the hour.‎

With two months until Election Day, Trump is seizing on fears over violent protests in US cities and questioning the integrity of voting by mail, while challenger Biden intensified his criticism of a “deplorable” leader who he said is not fit for office.

Worries about the unabated spread of coronavirus are expected to prompt a surge in the number of ballots cast by mail, as millions seek to avoid polling stations.

In a country on edge over the health crisis and a national reckoning about race, the next 60 days will test the ability of the world’s largest economy to organize its election profoundly changed by a pandemic that has killed 187,000 Americans.

North Carolina was to begin mailing out more than 600,000 ballots, in response to a major spike in demand.

Other key battleground states such as Wisconsin — which both candidates visited separately in recent days — will follow in the coming weeks.

How Americans vote has become another flashpoint in an increasingly divisive political landscape.

A recent poll by USA Today and Suffolk University showed that 56 percent of Republican voters surveyed said they would go in person to vote, while only 26 percent of Democrats plan to do the same.

One out of every four Biden voters said that if the Democratic former vice president loses on November 3, they would not be ready to accept a Trump victory as “fairly won.”

About one in five Trump voters said a similar thing. As he seeks a second four-year term, Trump has for months sowed doubt among his base about the legitimacy of an election with a significant number of mail-in votes.

Trump — who himself votes by mail in his adopted home state of Florida — has repeatedly, and without evidence, said mail-in voting could lead to widespread fraud.

He even has suggested to his supporters that they try to vote twice to test the system — earning him scorn on social media and from Democrats.

The tense campaign battle heated up Thursday when The Atlantic magazine reported that Trump had referred to US Marines buried in a World War I cemetery in France as “losers” and “suckers” for getting killed in action.

The backlash was swift, and Trump sent a barrage of tweets to defend himself.

“The Atlantic magazine is dying, like most magazines, so they make up a fake story in order to gain some relevance,” Trump wrote.

“Story already refuted, but this is what we are up against.”

The story refers to a visit to France made by Trump in November 2018, for the centenary commemorations of the end of the Great War.

Trump did not visit the Aisne-Marne American Cemetery near Paris, officially because bad weather grounded his helicopter.

But The Atlantic, citing four anonymous sources who said they had firsthand knowledge of the discussions, reported that he had told senior staff: “‘Why should I go to that cemetery? It’s filled with losers’.”
‎
On the way back to Washington from a campaign rally in Pennsylvania, Trump erupted, saying: “I would be willing to swear on anything that I never said that about our fallen heroes.”
‎
– ‘So un-American’ –

The report left Biden as angry as he has appeared on the campaign trail, assaulting Trump’s apparent contempt for US troops, lack of sense of service, and loyalty to no cause “other than himself.”

“‎I just think it is sick, it is deplorable, it is so un-American, it is so unpatriotic,” Biden said of Trump’s remarks in the magazine, which the Democrat said he believed was accurately reported.

“Who the heck does he think he is?” Biden turned personal in mentioning his son Beau, a US military veteran and former Delaware attorney general who died of cancer in 2015.

When Beau “went to Iraq for a year, and won the Bronze Star and other commendations, he wasn’t a sucker,” Biden said.

Both candidates are expected to remain off the trail during the three-day Labor Day holiday weekend.

But next Friday could see Trump and Biden come face to face, as both have scheduled appearances in Shanksville, Pennsylvania to mark the 19th anniversary of the 9/11 attacks.

Asked if he would share a stage with Trump if invited, Biden said yes: “He is still the president of the United States.”

All rights reserved. This post: 'US vote-by-mail begins as White House campaign turns ugly ' and other digital content on this website, may not be reproduced, published, broadcast, rewritten or redistributed in whole or in part without prior express written permission from Anambra City News.