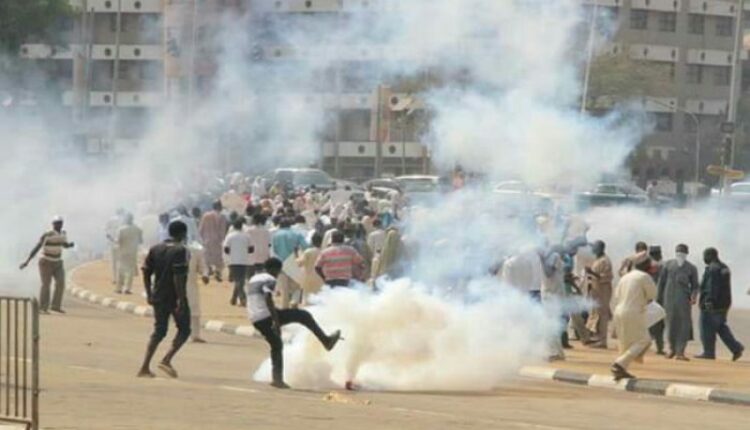 Two persons are feared killed and several others seriously injured following reported violent clash between members of the Islamic Movement in Nigeria (IMN).

Despite the proscription of the group also known as Shi’ites by the Kaduna state government, hundreds of adherents on Sunday took to the streets in protest agaiasnt the continued detention of the leader, Sheikh Ibrahim El-Zakzaky.

It was gathered that residents around the popular Ahmadu Bello Way scampered for safety as Police made efforts to disperse the protesting IMN members. In the process, it was gathered that sounds of teargas canisters took over the entire vicinity.

El-Zakzaky and his wife, Zeenat, have been in detention since December, 2015 after a bloody clash with soldiers in Zaria and the protest by his members made the state government to prohibit all forms of protest in the state.

One of the shi’ites members who spoke on grounds of anonymity claimed that two of their members were killed and many others injured.

“As we speak, we are working on our press release. There was a clash and lost two of our members were killed by Police. Several other members were also injured,” he said.

The spokesman of the Kaduna State Police command, ASP Muhammad Jalige said, he was yet to receive signal on the incident.

“I called the DPO in charge of the area, he didn’t pick; Maybe he was busy containing the situation. But, as soon as I get details about the incident, I will call you.”

All rights reserved. This post: 'Two feared killed as Shi’ites, police clash in Kaduna' and other digital content on this website, may not be reproduced, published, broadcast, rewritten or redistributed in whole or in part without prior express written permission from Anambra City News.