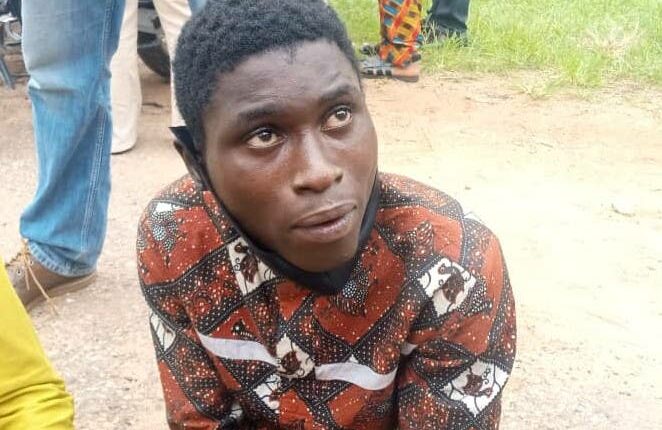 Suspected Ibadan-based serial killer, Sunday Shodipe has been linked to the murder of Mrs Funmilayo Oladeji at her home, Onikeke community in Akinyele two days after he escaped from police custody in Oyo state.

The Commissioner of Police in the state, Nwachukwu Enwonwu who made the disclosure when he paraded Shodipe, said to be the prime suspect in connection with the multiple killings in the Akinyele Local Government Area of Oyo State.

Enwonwu, who paraded him alongside other suspects on Wednesday, said the suspect went back to Akinyele and carried out another killing after he escaped from police custody.

He explained that the suspect escaped from police custody on August 11 and carried out the killing of Oladeji at her home two days after his escape.

He said the suspect who was standing trial before his escape would be handed over to the correctional centre soon.

“Upon interrogation, he explained that he managed to escape from custody when an Inspector attached to the Divisional Police Headquarters, Mokola gave him the permission to take his bath within the premises of the station.

“He also confessed that on August 13 at about 2:30pm, he attacked one Mrs Funmilayo Oladeji in her house at Onikeke community in Akinyele.

“He stated that he inflicted machete injury on the woman’s head and left her in the pool of her blood.”

Shodipe during the parade, confessed to returning to Akinyele again where he killed another victim there.

“Yes, I killed her by inflicting machete cut on her head.”