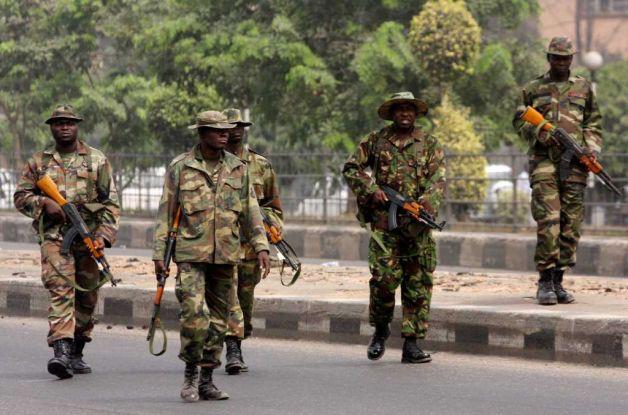 The Defence Headquarters said on Saturday that several insurgents were killed at Tongule, Bone and Isari B Musa communities in Borno State during airstrikes carried out by the Air Task Force of Operation Lafiya Dole under the subsidiary Operation Hail Storm 2.

The attack reportedly led to the massive destruction of Boko Haram terrorists’ camps and the death of “scores of their fighters” in a night attack at Tongule on September 24 and daytime raids at Bone and Isari B Musa on September 25.

The Coordinator, Defence Media Operations, Maj. Gen. John Enenche, disclosed in a statement on Saturday, that the strike on Tongule was undertaken after surveillance missions revealed a continued assembly of the terrorists within the settlement at nighttime.

“Accordingly, the Air Task Force dispatched Nigerian Air Force helicopter gunships for a night attack on the location, with their barrage of rockets neutralizing several of the terrorists,” the statement said.

Bone, a settlement along the Yale-Kumshe axis, was attacked by NAF fighter jets and helicopter gunships after credible intelligence reports established that the location served as a staging area from where the terrorists launched attacks.

The DHQ said the attack aircraft engaged the location in multiple bomb and rocket runs, destroying several of their structures and killing many terrorists.

“Similarly, at Isari B Musa, several terrorists, who were observed both within and in bushes surrounding the settlement, were taken out as the NAF attack aircraft took turns in engaging the target area,” the military stated.

All rights reserved. This post: 'Scores killed as NAF jets strike insurgents’ camps' and other digital content on this website, may not be reproduced, published, broadcast, rewritten or redistributed in whole or in part without prior express written permission from Anambra City News.